La La Land, the road to the Oscars

La La Land, the road to the Oscars 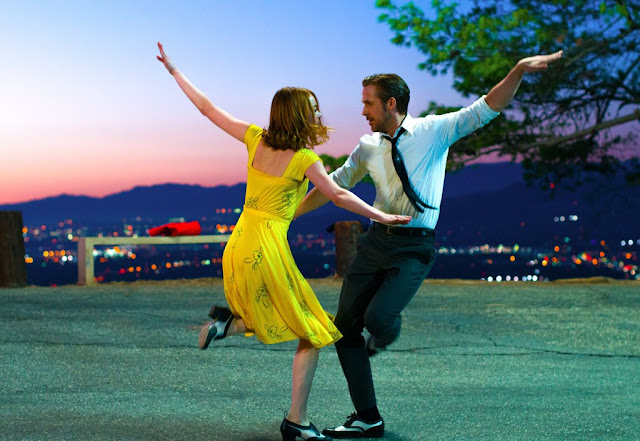 La La Land, the movie the world is talking about, but also seems pretty interesting to the fashion business. The film is situated in Los Angeles in the present, but as it is a tribute to the beginning of Hollywood, everything, from the way it was filmed to the costume design is what we call vintage. 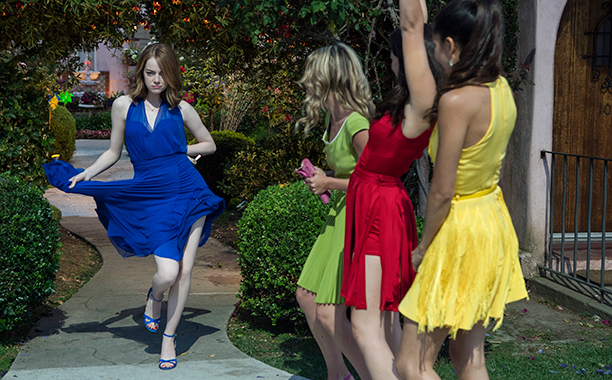 Such is the case of Mia, the character performed by Emma Stone, a young woman who dreams with landing a role in a movie. We see her wearing a lot of long (to the knee or longer) dresses and heels, a style we are not used to seeing daily. For example, in one of the scenes she´s wearing a high waisted skirt with a shirt that looks so retro. But is the character a dress only person? No!We see her wearing the comfortable duo of skinny jeans and flats. Something you can´t go wrong with, 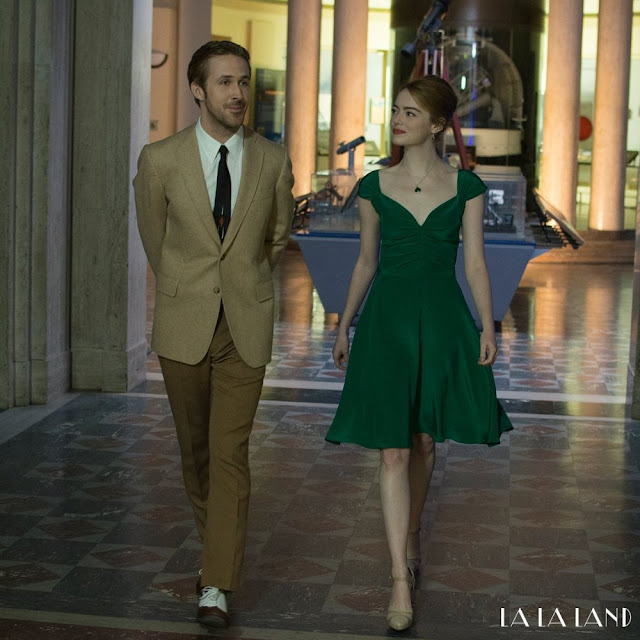 Another characteristic of character are the colours. She´s elegant but not boring, we see her wearing different tones throughout the movie, green, coral, blue and yellow. Oh, yellow, that yellow dress has a long story. According to  costume designer Mary Zophres she got the colour inspiration from a Versace gown Emma wore to the premiere of the Amazing Spiderman a few years ago. Afterwards, they decided to get the flowers hand painted on it and the dress was ready to go dance on the Hollywood hills during sunset. Iconic is the word to describe it. After seeing the "Lovely Night Dance" scene, you won´t remember Belle from "Beauty and the Beast". Talking about world stopping dresses, there´s a LBD (little black dress) because everybody owns one. The power of black is seen in this simple or maybe minimalistic gown. 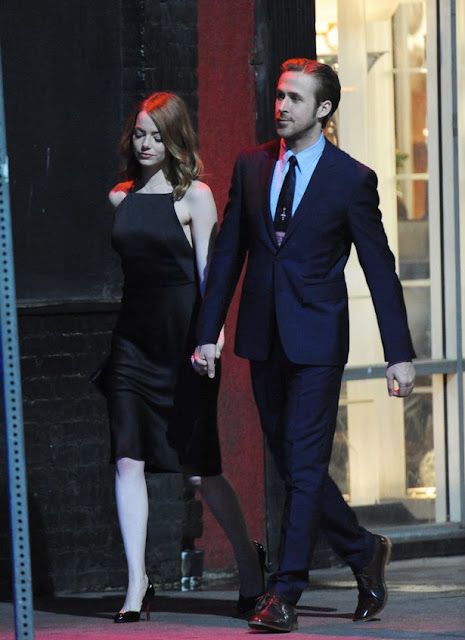 Having said that, all the costumes were very elegant. I saw the movie back in February in Los Angeles to be more precise. If it would have been any other movie, I wouldn´t have mention it, but the situation was magical. I haven´t seen the trailer, but with the name "La La Land" I could imagine it was located in Los Angeles, so I just thought it would be cool. When it started, it was more than cool. It starts with an amazing and realistic scene that grabs your attention. As it continues you fell that musical/romantic idea the movie has, but then I stated to feel bored. But in the end, I saw one of the best movie endings in history. The music gets you caught up. And of course, the message is well transmitted and true. I love that movies are becoming more realistic nowadays. In life, you don´t always have everything. (Spoiler) Sometimes, when you are dating someone, it´s tough for both people to accomplish their personal goals and stay together, and finally there´s a movie that shows it. 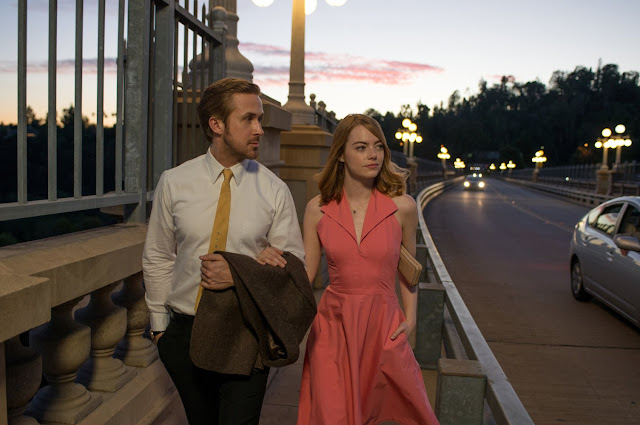 After reading the last paragraph you may be thinking I´m a huge fan of the movie, and well, yes, I had a good time. Do I think it should win? Probably, but all the movies are good, but not so "cheerful" as La La Land. From what I said, I want to find out who wins the "Costume Design" category. I heard "Jackie" is the critics favourite, but unfortunately it isn´t out yet in my country.  I´m looking forward for the Red Carpet to see what Emma and all the stars will be wearing.
If you´ve seen the movie let me know your thoughts, and if you dind´t and are into "musicals", "romance", "fashion", "art films", or "Hollywood" you better go watch it know. 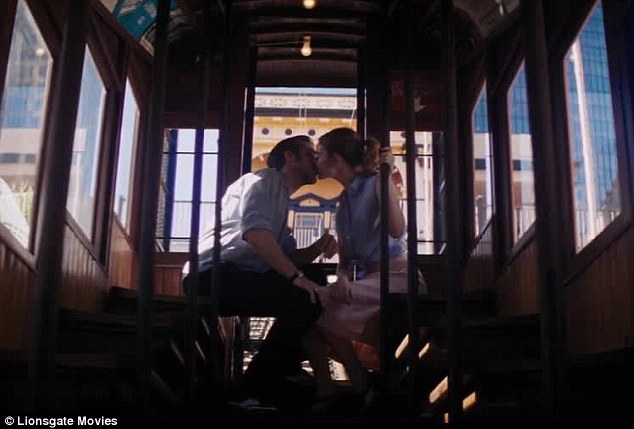 See you tonight with the best fashion from the Academy Awards red carpet!