So, in the last couple of months fashion collaborations became "a thing". Brands such as Adidas, Swarovski, H&M and Mac Cosmetics became regulars in doing so. It even expanded into high end brands and all over the world. Yes, we have and had them in Argentina as well. So I decided to show you the 3 collaborations hitting stores this February I´m super excited about.

Tommy X Gigi: season 2
Designer Tommy Hilfiger is collaborating with model and it-girl Gigi Hadid for the second time in a Spring capsule collection. Last year, Gigi designed a Fall/Winter collection that didn´t disappoint. It was the perfect mixture between an American classic and a young point of view. As regards this season, I see the same with a small variety of colours. The yellow is very present throughout the collection as well as the usual 3 colours, red, blue and white. There is strong denim participation in bags, shoes, jeans and even a trench coat. The collection runs under the name of "Young America", which we clearly see in the pieces with patches which are colourful and fun. Another trend we sport are one-piece swimsuit, let´s not forget it´s a S/S collection. There will be a runways show on February 8th in Los Angeles after which you´ll be able to shop the new season online! As for now we´ve got a couple of photos, but I´ll update them after the show. 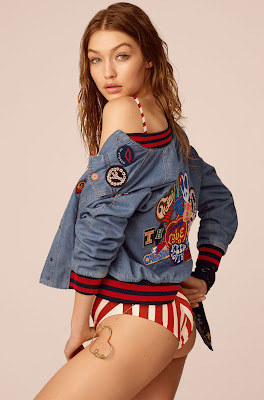 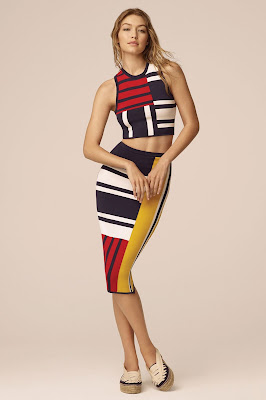 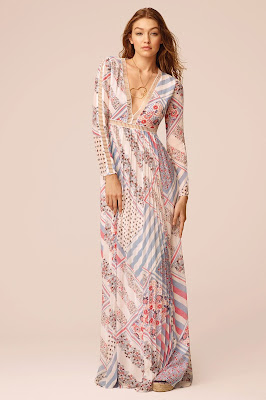 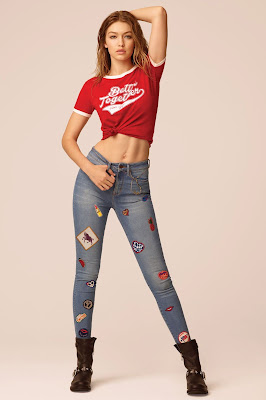 My picks? Anything with patches! Jeans, bomber jacket, shoes, hat, bag or backpack!

China by Antolin: Mexico
This collaboration got a 4th season with it´s Fall/Winter 2017 collection. Since season one we see a strong presence of lace, but this time the highlight is one transparencies. There´s a variety of long sheer dresses with floral embroideries. This reminds me of another characteristic of the collection, floral embroideries in a variety of colour but mainly warm tones in red, pink and orange, but I´ve seen blue somewhere. There are some casual pieces with the same aesthetic such as shirts. Something I´d like to mention is the photoshoot where we see China Suarez with beautiful floral hair pieces, which are said to be inspired in Frida Khalo, hence the name of the collection, Mexico. The colours are a great way of representing it. Having said that, I believe the while it might have been inspired in Mexico, it´s still very unique. 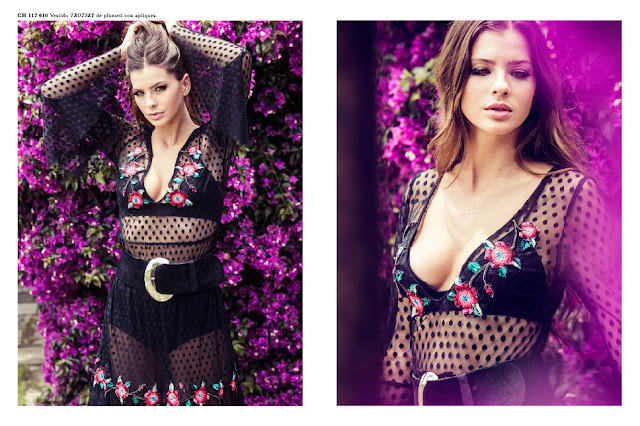 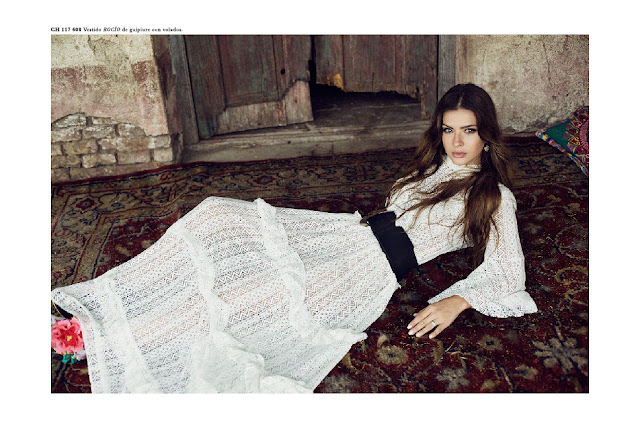 Paige x Rosie Huntington-Whiteley: Forever and Ever
And last we´ve got one of the most awaited collabs of the year, model Rosie Huntington-Whiteley is designing a capsule collection for Paige Denim, a brand she has been modelling for a while. Not only does she model, but she´s been seen wearing those jeans a lot. According to Paige Adams-Geller, brands designer, Rosie helped create "more edgy pieces that we might not have typically done before". I think this is the perfect duo, and we don´t know much for now, but it will sure be amazing. We´ll have to wait til February 15 to see more. 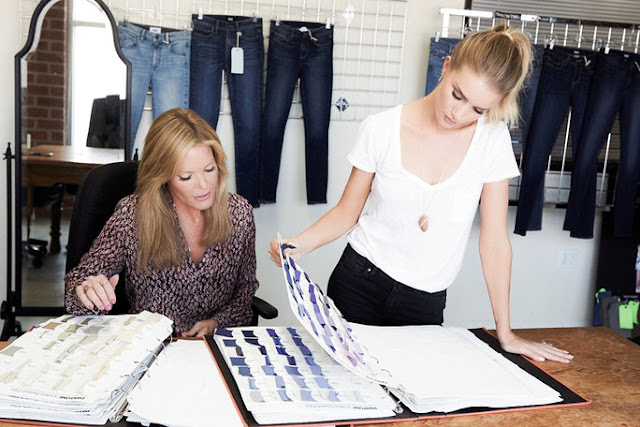 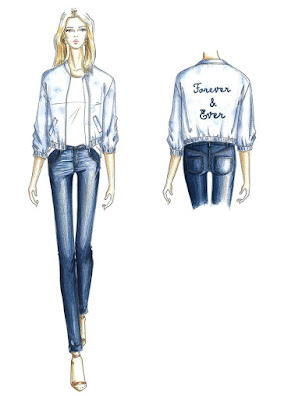 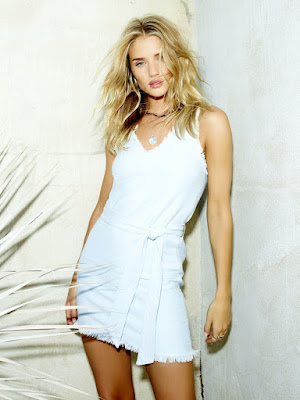