Santa Monica was on my bucket list since the last time I went to LA and couldn´t make it to the coast. The Santa Monica pier is a popular landscape in movies located on the West Coast. That beach fun is what filled my mind. But to my surprise. Santa Monica is so much more than just a pier. Of course the pier is fun and has a fair at the end of it over the sea. The view is priceless. the beach is XL. and the seagulls add to the beach vibes. What nobody shows you is the centre, with the usual shops and, contrary to central LA people go on foot!! If I had to tell you what I like about this place I would say that the combination between the beach and shopping (what else can you ask for in life), as well as the lack of cars use. 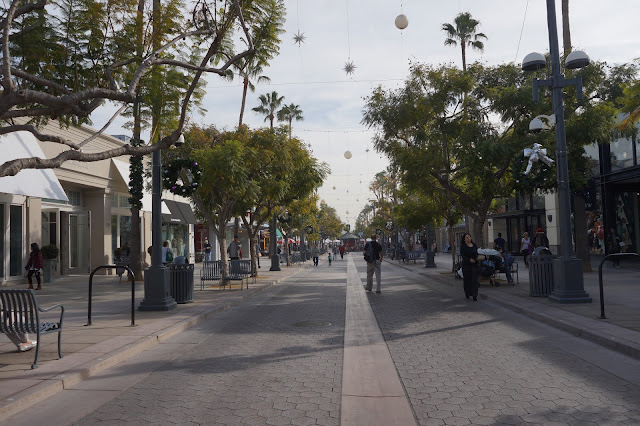 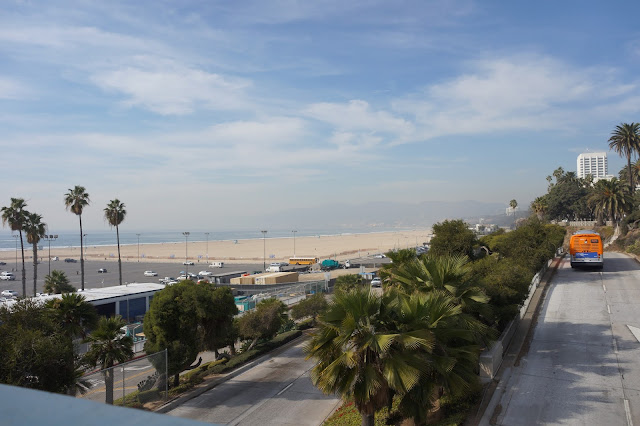 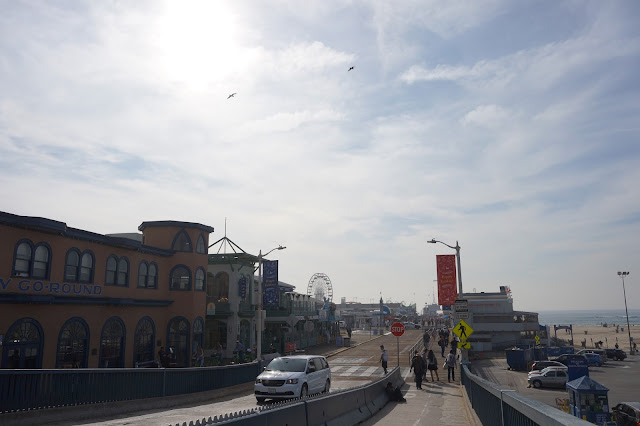 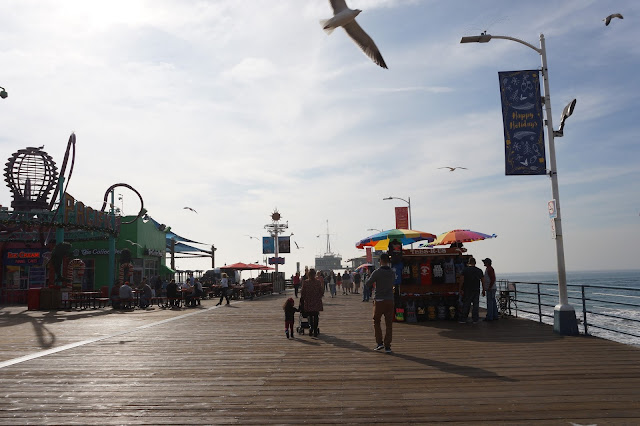 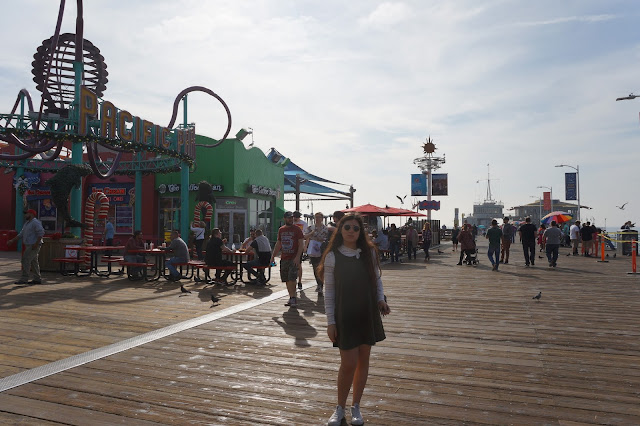 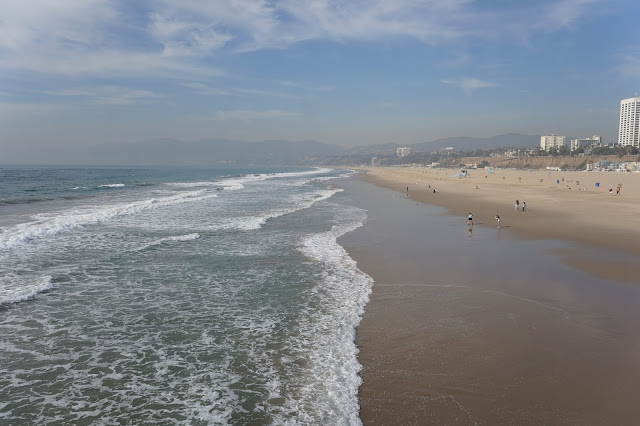 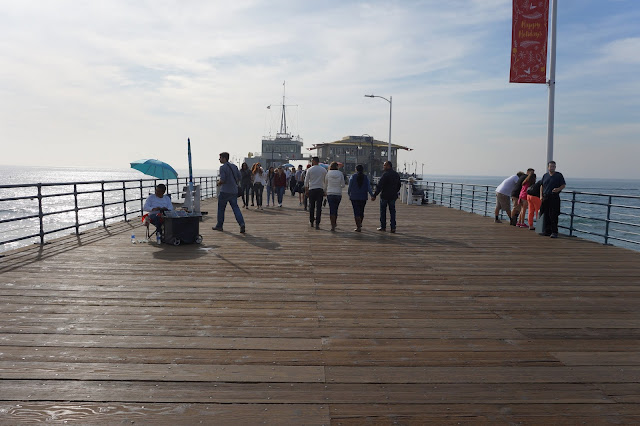 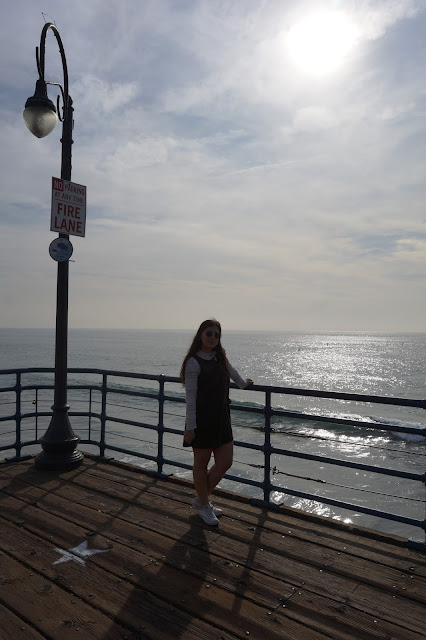 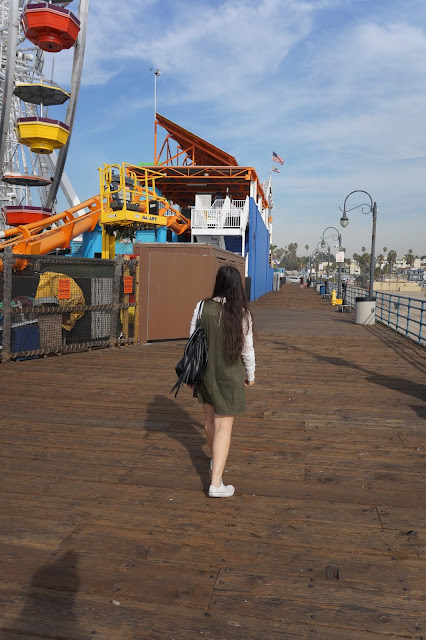 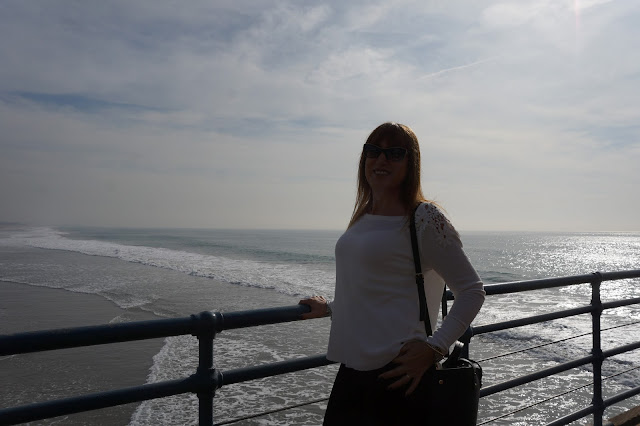 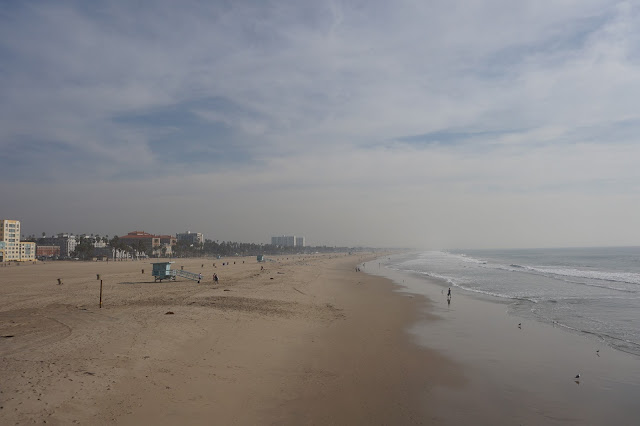 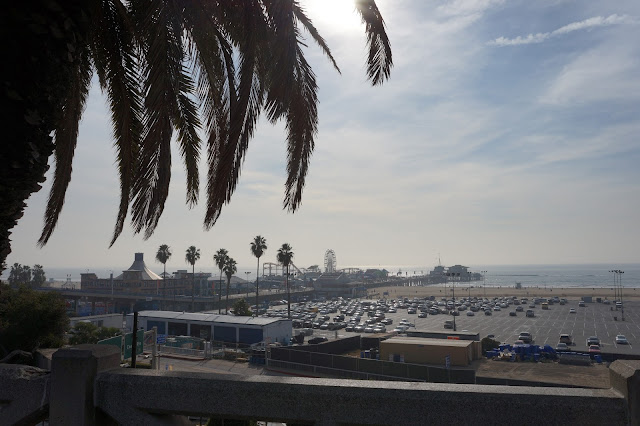 On the exact same day we shortly visited Venice Beach. I was not very familiar with this area of California besides that Romeo and Juliet remake from the 90's. What I did know was that I couldn't avoid taking a picture of the "Venice" banner. I can't say I am fascinated, but I did like the story behind the name. Long time ago, a man called Abbot Kinney, after a fantastic trip to Venice, Italy, decided to create his own Venice with canals and all, that soon became a touristic attraction. After his death, the land was impossible to maintain and due to some oil discovery's it turned less habitable, and that dream land Abbot created was gone. Until the hippies revolution came to the area and thanks to them, today we have the colourful Venice. What's more amazing, some canals are still there! A couple of blocks from the beach you will come across the main canal, where some people have their houses, imagine living there!!! In the end, it was a very beautiful place on it`s own way. 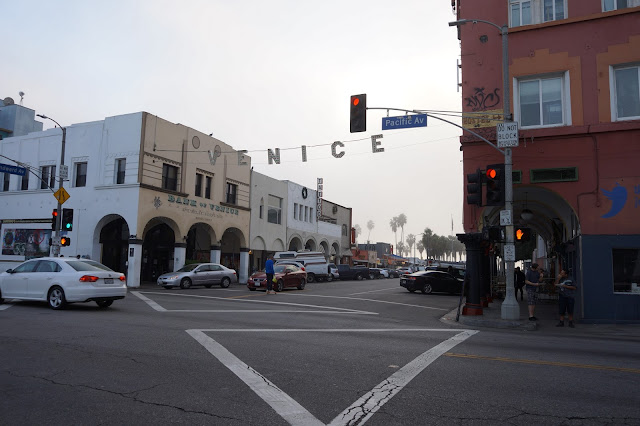 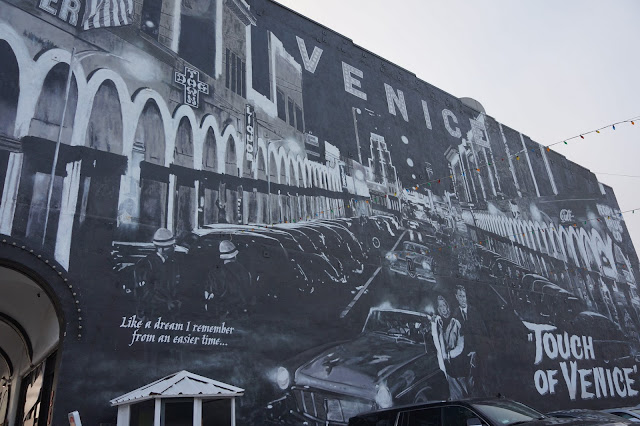 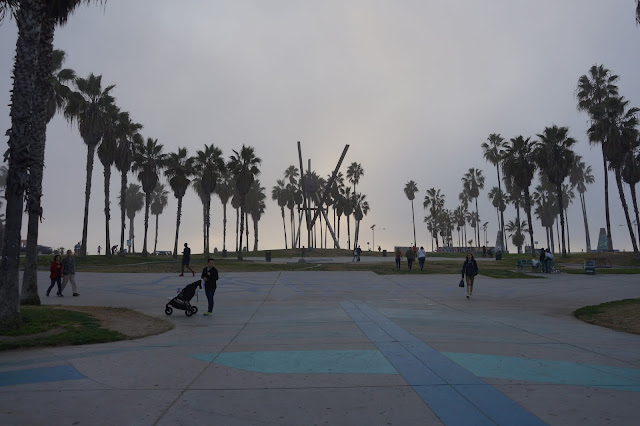 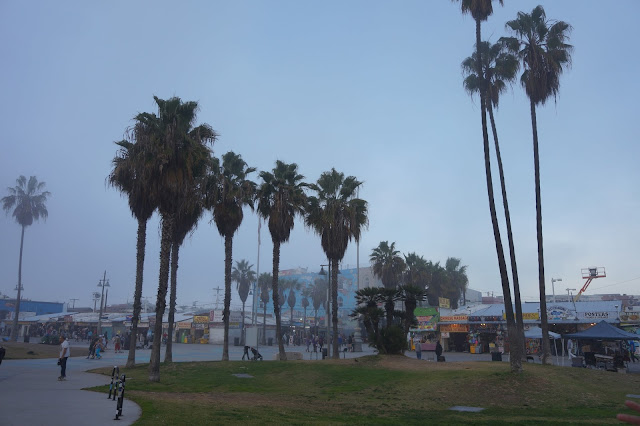 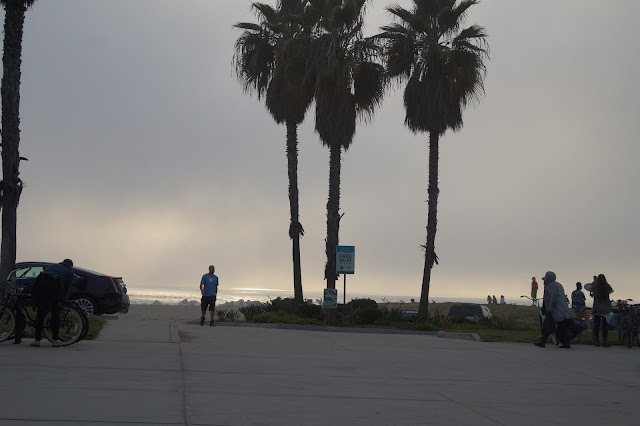 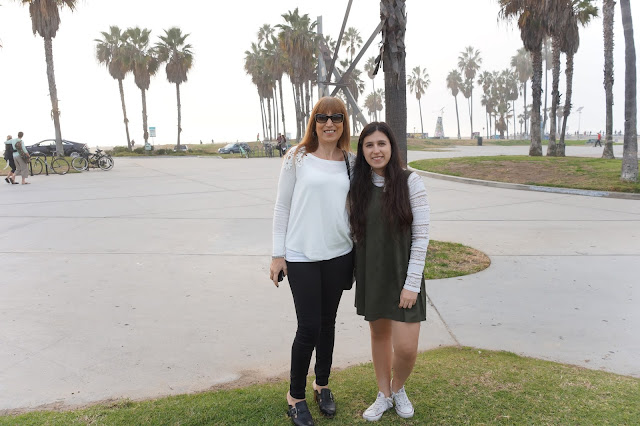 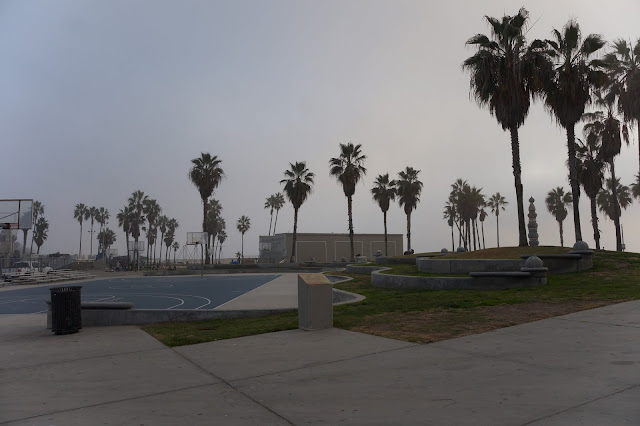 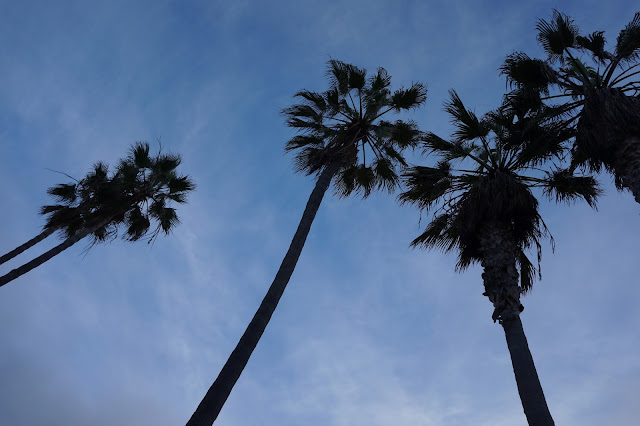 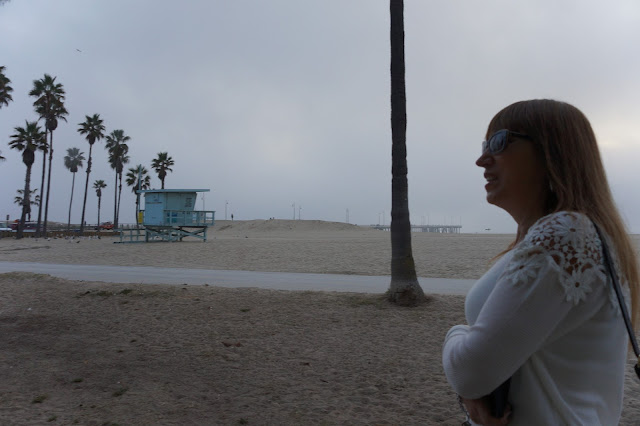 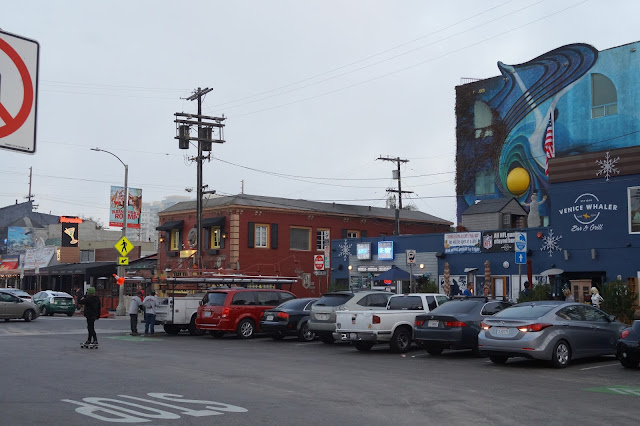 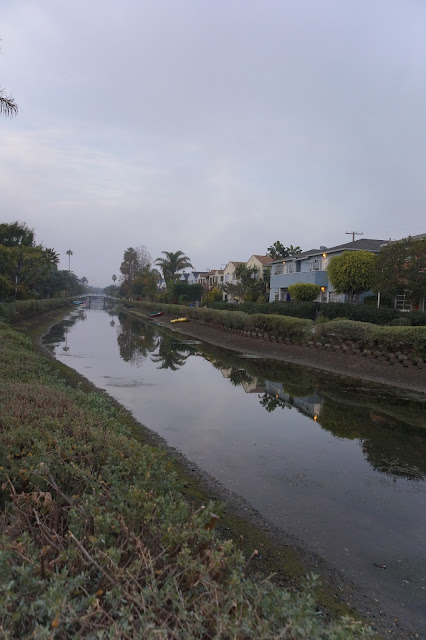 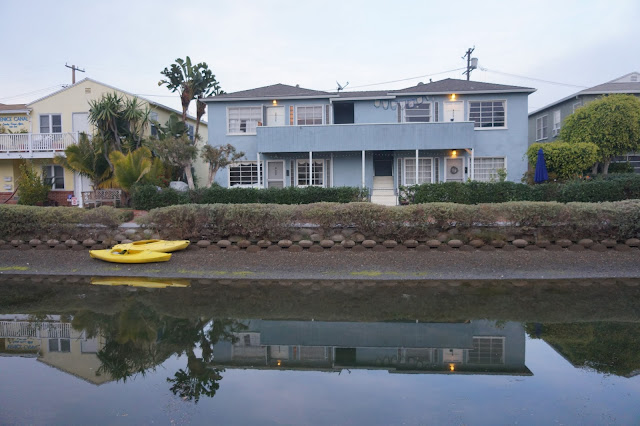 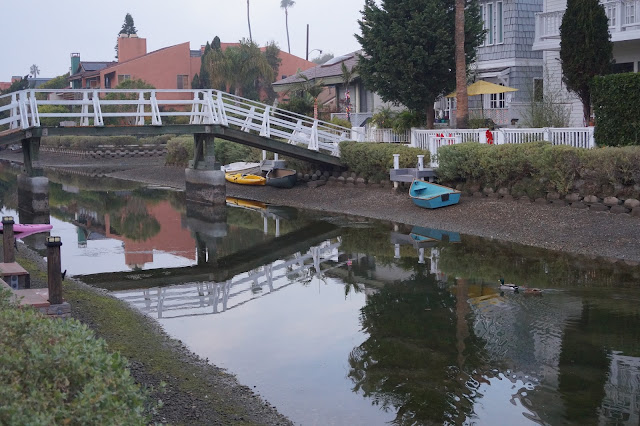 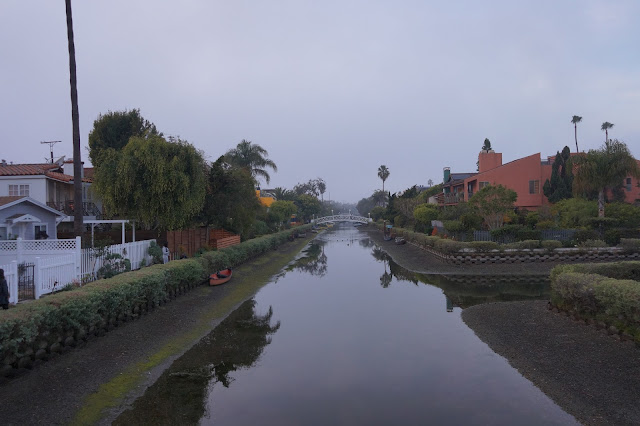 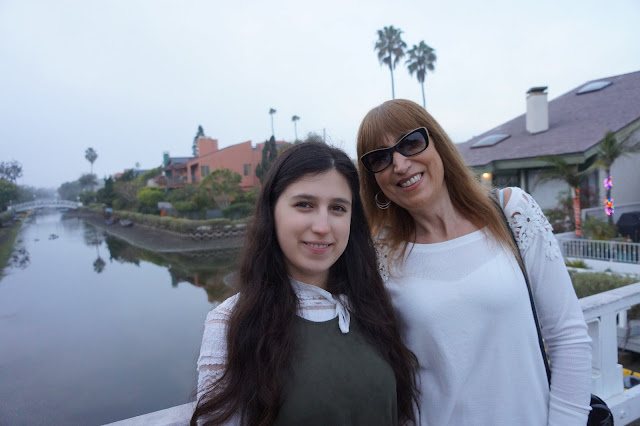 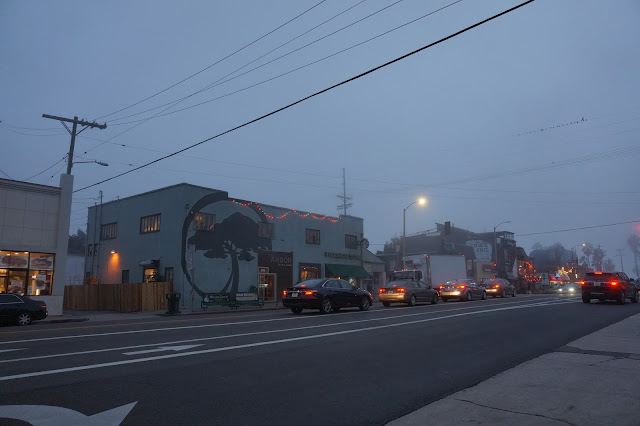