2015, the year of the departured designers. It all started last December when it was announced that Fridda Giannini, then Gucci's creative directors, was leaving the brand after the Womenswear Fall 2015 Ready to Wear show. But that show never came because she left earlier and the speculation began. But a man nobody though about got a promotion. Yes, a promotion, because he has been working for Gucci for 12 years. Alessandro Michele created his first collection for the brand in a couple of days and proved us that he was different. If we look back to Tom Ford´s sexy and provocative collections, then came Giannini who cooled things with a more discreet but still original design far from the logo-mania, and now Michele. Vintage and romantic vibes through the floral prints and tie-bow-ties. At first glance, the image is clear, is different, and with little time on the market the collection proved to be a success. Consumers include street style stars and celebrities as well. The new design is clear, and is here to stay.
But it`s not the same case for Raf Simons, former Dior designer who shocked the world with his announcement after the S/S 2016 Show after having worked there for three years. So far, there`s no name designated to occupy Simons post, but the whole creative designing team will be presenting the next two collections. As if wouldn`t be enough, just a week later, the world was shocked again when Aber Elbaz left Lanvin. He started at Lanvin in 2001, ages ago, and I personally believe he a great job here. For more than a decade Alber was able to maintain the Lanvin simple aesthetic, but also make it grow in popularity. I`m curious of what comes next for both, Elbaz and the fashion house.
Not all departures were as relevant as the previous one, but let`s not forget about that day Donna Karan retired of designing for her own brand, that name she created inspired by the woman who works. Now she took another road in life in is focused on her new brand, Urban Zen, with a more humanitarian point of view.
Alexander Wang, known for his work for Balenciaga also called it quits with his work at the house. His black/sport collections became popular in recent years (who remembers his collaboration with HM?) which leads me to think he is pursuing his own career at the moment. I want to see more Wang and less Wang for Balenciaga. As for Alexander, it was a good decision, but I`m still expectant of what`s next for Balenciaga with Demna Gvasalia.
But it was not all goodbyes this year, as the Beatles used to sing "you say goodbye and I say hello", and that`s the case for Peter Dundas. He presented his first collection for Roberto Cavalli leaving behind the 70`s look he created at Pucci. Now everything is more opulent and sensual, the signature Cavalli looks. While Galliano reappeared with good news. After 3 years he got hired by Maison Martin Margiela as a creative director and almost a year ago he presented his first collection in London for the spring 2015 show. You may like it or hate it, but his work is clear and consistent, he`s here to stay.

It`s not all about comming or going in fashion, there are also collaborations, and the most relevant was the one of  "Balmain x HM". Not long ago, in November, Olivier Roustening launched a Balmain collection through HM that with dresses that were ten times cheaper than the regular Bailmain ones. Needless to say that before midday it was sold out. Even the online policy was that you could only purchase one item! The collection, in my opinion was perfect, it represented the brand perfectly and leaves me without doubt of why it was sold out so quickly.
Oliviers`friend, Kanye West was also behind a huge collaboration this year. He presented his Yeezes collection for Adidas in New York. Personally I`m not a huge fan of his runway display, BUT his Yeezes shoes are a total success and everybody is dying to get a pair of them.
The following is not a collaboration, but when Ben Stiller and Owen Wilson walked the Valentino runway, everybody was a bit confused. The news is that they were filming a scene of the upcoming movie "Zoolander 2" during the Valentino Couture show.

Trends? The easiest ones are about shoes, for winter the over the knee boots were everywhere. Ruling the street style and all the model off duty looks. As for warmer seasons, the lace up flats were the it-item. The rest is all about the70`s fashion. I got tired of saying it, but people didn`t get tired of wearing it. Flare jeans, suede, fringed jackets, round sunglasses, a-line skirt, floral dresses...
Beauty? Glitter roots, rainbow hair, flash tattoss, bronde, long bobs...

I can think of so many more relevant events this year, as Celine campaign with Joan Didion, Rihanna at the MET gala, the Gucci fever that includes Harry Styles in floral suits, 20 years of the VS fashion show, Klossy by Karlie Kloss, Cara Delevingne retiring and Gigi Hadid rising... who else thinks she is the model of the year? All those campaigns, fashion shows, a great personality shutting down the body shamers, those fashion choices... 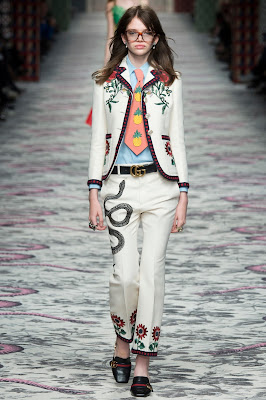 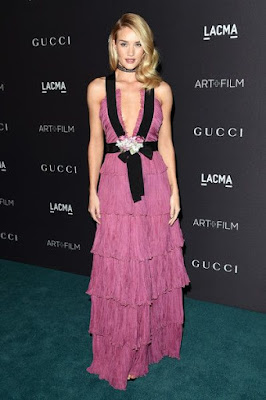 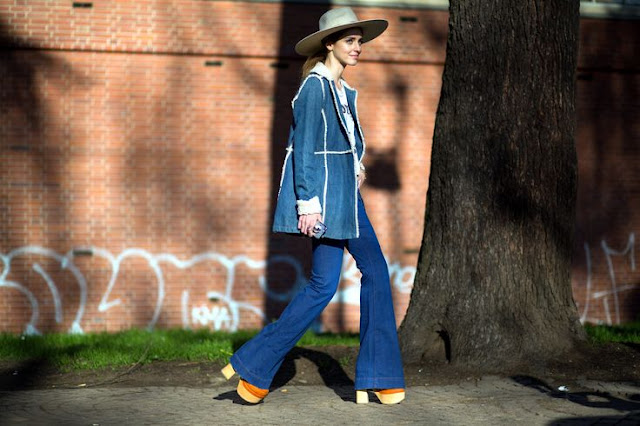 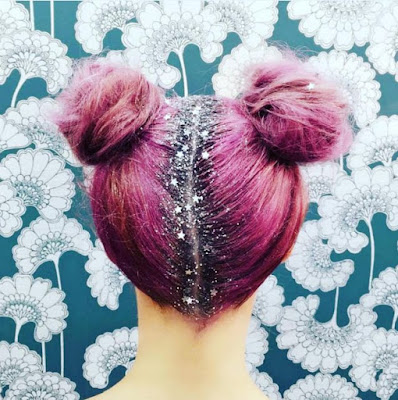 Joan Didion on a Celine advertisement 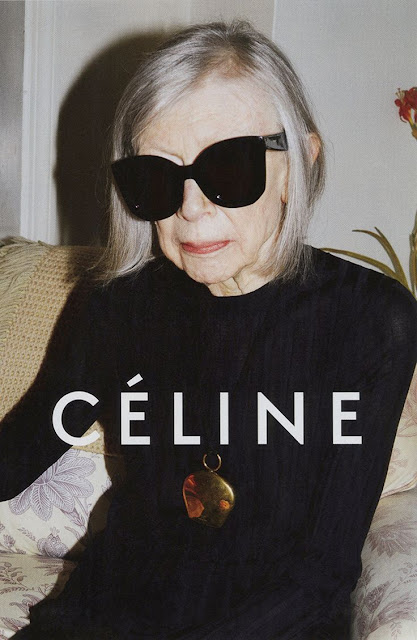 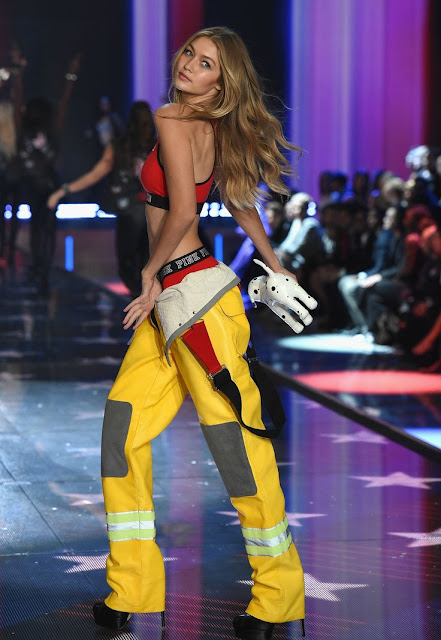 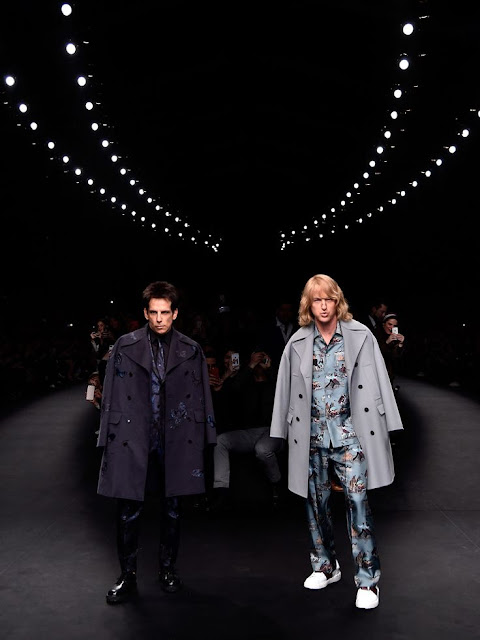