But this is not another fashion show, it´s the Victoria´s Secret Fashion Show, and if this is not enough, the brand is celebrating the 20th anniversary of the show. Unbelievable right? The show is going back to it´s roots in New York. Even if you are not a die hard fan, you´ve once been interested in the show. But this is not my case. I love the brand and the positive vibe they create. The fact that people work so hard to get things done for a yearly event is amazing. 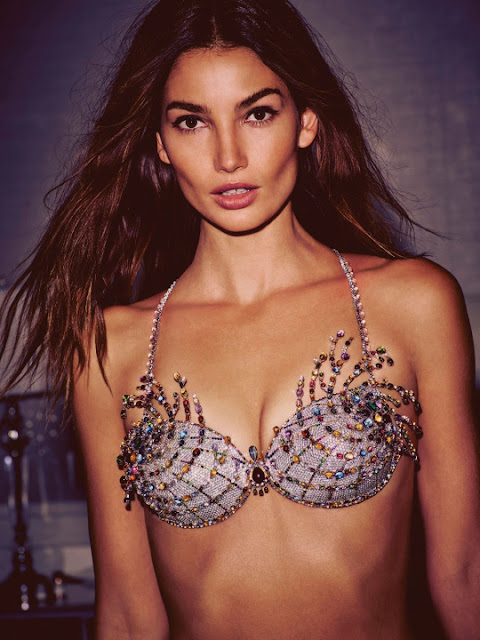 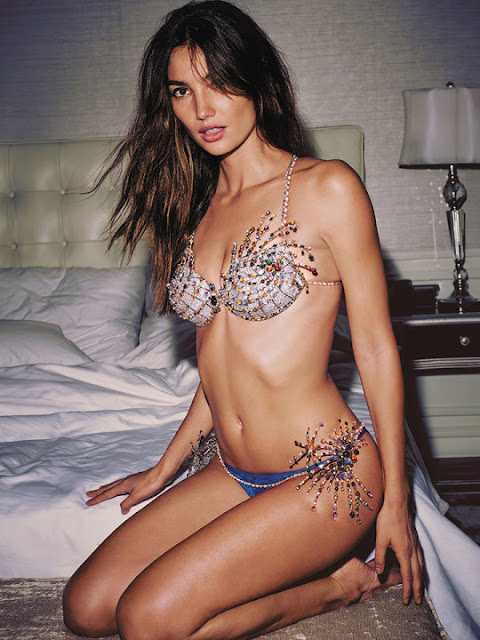 This year some of the historic models (Karlie Kloss and Doutzen) are not walking, BUT the brand decided to add 10 angels to the 5 that were left, which means that there are 15 out of 44 models labelled as Angels (VS permanent models). But at the time of choosing who would wear the Fantasy Bra, they did a good decision on picking Lily Aldridge who started her relationship with the brand in 2009 and became an Angel one year after. The American model will be wearing the Fireworks Fantasy Bra during the segment under the same name. This piece of art took 685 hours of labour, features 6500 precious stones, design by Mouawad and is worth $2.000.000. Congrats Lily!
Don´t worry because the rest of the bras are accessible. And the list of models that will be walking is long, but full of talent.
Angels:
1. Adriana Lima
2. Alessandra Ambrosio
3. Behati Prinsloo
4. Candice Swanepoel
5. Lily Aldridge
6. Elsa Hosk
7. Jac Jagaciak
8. Jasmine Tookes
9. Kate Grigorieva
10. Lais Ribeiro
11. Martha Hunt
12. Romee Strijd
13. Sara Sampaio
14. Stella Maxwell
15. Taylor Hill 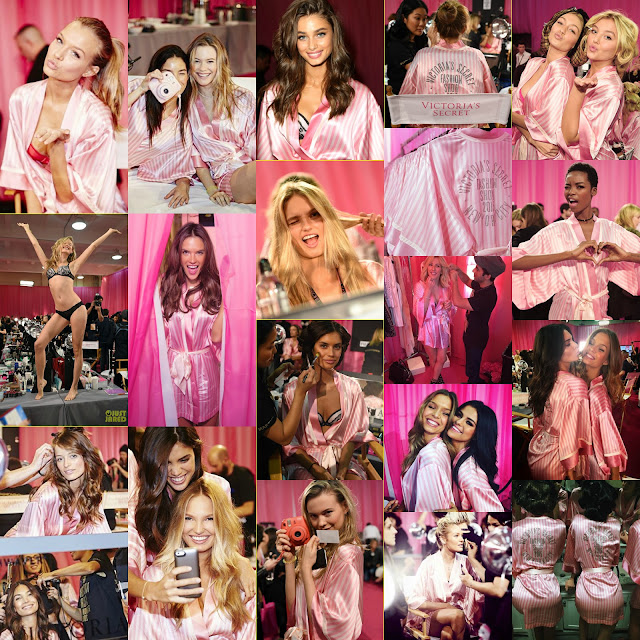 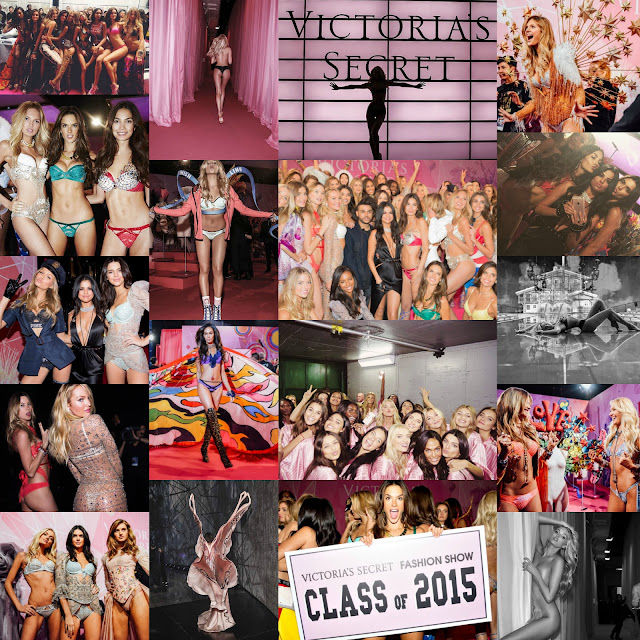 This gives us a total of 47 models! But it makes a lot of sense when you realise that there are 6 segments on the show: 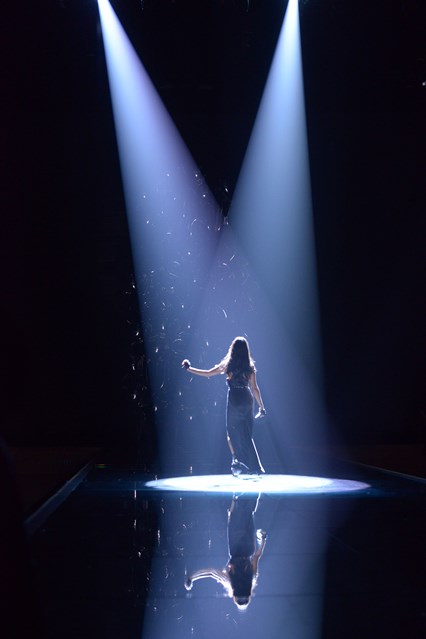 Going on with facts, there are a total of 70 looks and 34 wings.
And as VS is not only about the underwear, they are having great artists singing live once again this year. Selena Gomez, The Weeknd and Ellie Goulding. Formerly instead of Ellie we had Rihanna on the list, but as she unexpectedly quited, the British singer accepted the offer. Personally I think it´s better because Rihanna has already been part of a show and it´s good to see new people. (unless you are Taylor Swift, we will never have enough of your music) 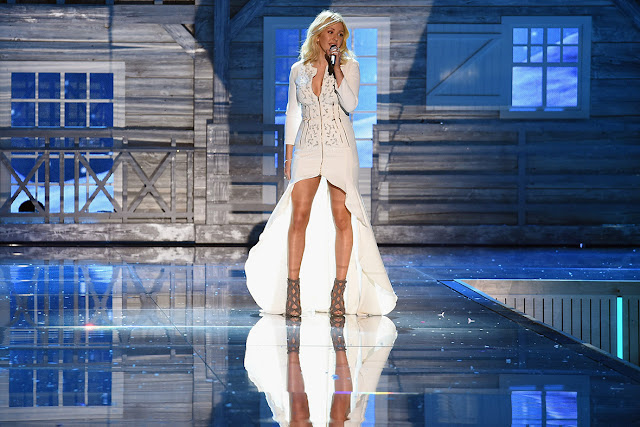 Boho Phsycodelic
The first segment was very 70´s inspired as fashion in general at the moment. Probably the most original one. It has it all. From the fringes, to the capes and the crazy wings. Personally I´m loving the "LOVE" wings Behati Prinsloo is wearing and Elsa Hosk´s look. 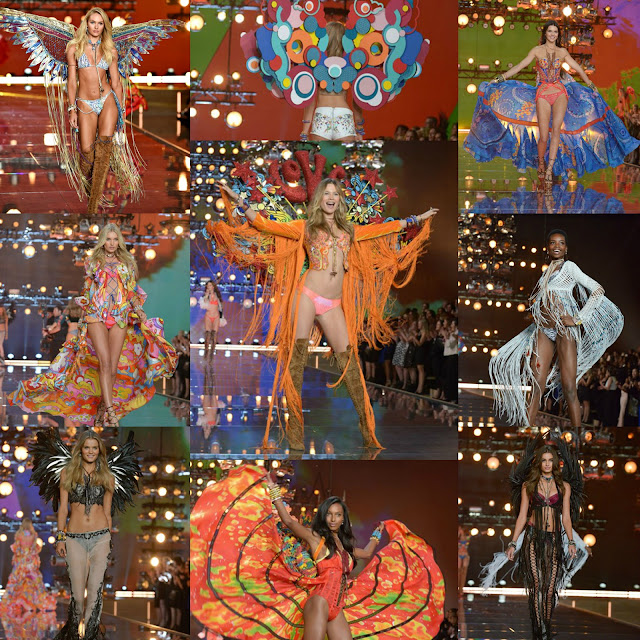 Exotic Butterfly
Two things: Elie Goulding () and nature inspiration. Yes, nature. Many of the wings represented birds or butterflies, but there was one with flowers that looked so cute. But the magical moment was created by Lais Ribero and the most authentic wings of all times. 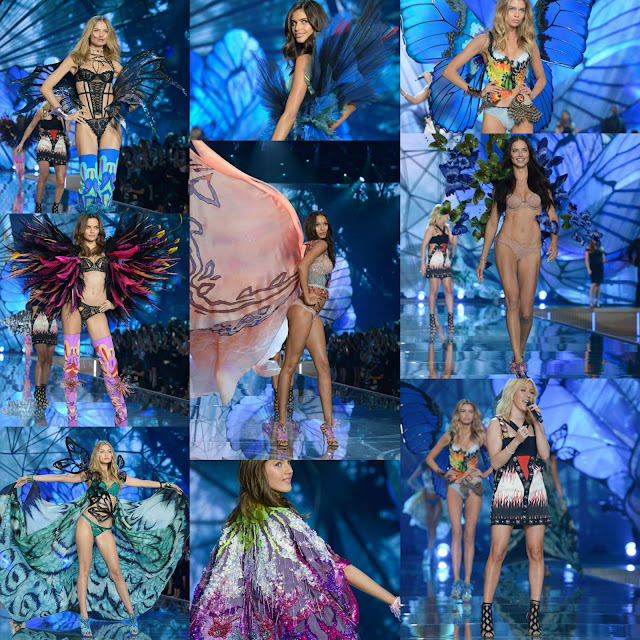 Potrait of an Angel
This is a classic idea on the VS show. It´s the sexiest segment of the night, with a lot of lingerie and dark colours as black. This section reminds me a lot about previous years. 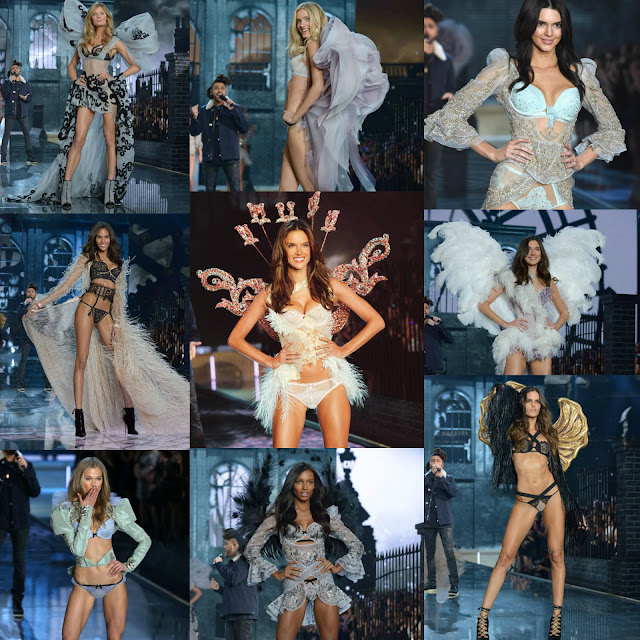 PINK
I´m not so sure of what´s going on here. USA, rocker, a policeman, a fireman... I believe that pink is about professions. And even though Josephine Skriver police office outfit seems perfect for Halloween, the coolest one is the one by Devon Windsor who is carrying a surfboard as wings! A surfboard!
PS: the musical guest was no other than Selena Gomez 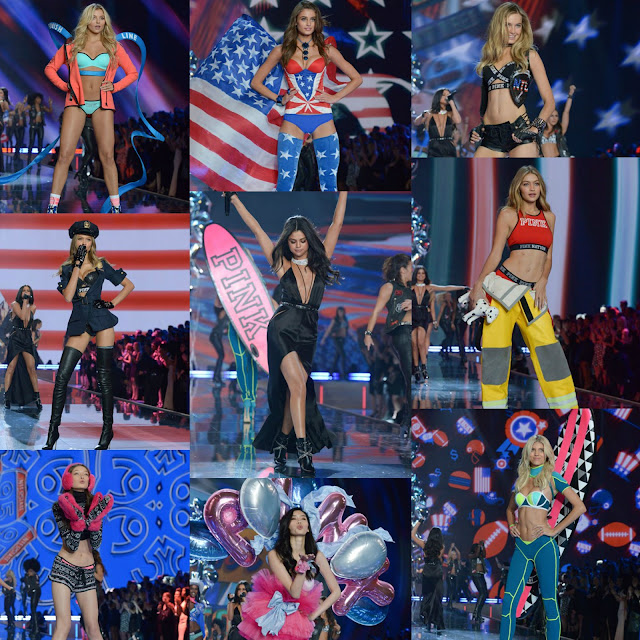 Ice Angels
Because we do wear underwear during winter, right? I´m loving that it´s just white making it more realistic. I think that white suits angels better than any other colour, even black. I´m particularly obsessed with Candice Swanepoel this time. Her outfit really stands out, nobody has ever worn a suit, a pair of wings and a visible bra. I remember the first time VS created the one piece suit for Karlie Kloss in 2013, and now they repeat the idea with Candice here and Cindy Bruna in the Fireworks segment. 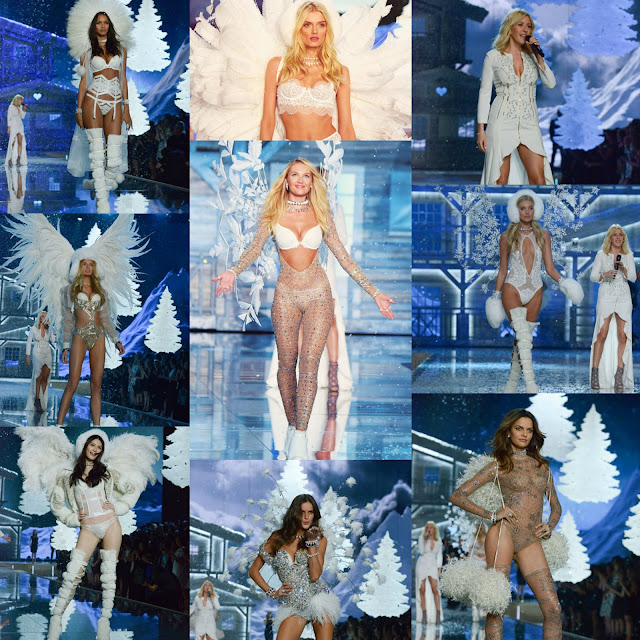 Fireworks
It´s the last segment, BUT it includes the Fantasy Bra, making it the most important one. A highlight from this walk was the variety of wings, half of them were feathers representing one or several fireworks, other one made with lights, or the one with fireworks before being turned on. Let´s not forget about the one with stars instead of stars. But none of them could overshadow the Fantasy Bra, not even the Swarovski look with the light wings worn by Martha Hunt. Lily Aldridge rocked the runway with the well known FB and an incredible pair of wings. I don´t know why is she wearing it with another bra underneath... I don´t like it like that but it was probably to a wardrobe multifunction. 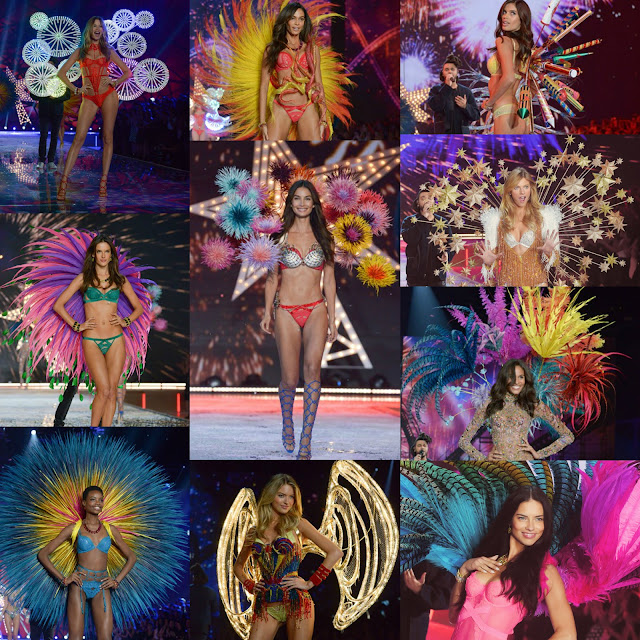 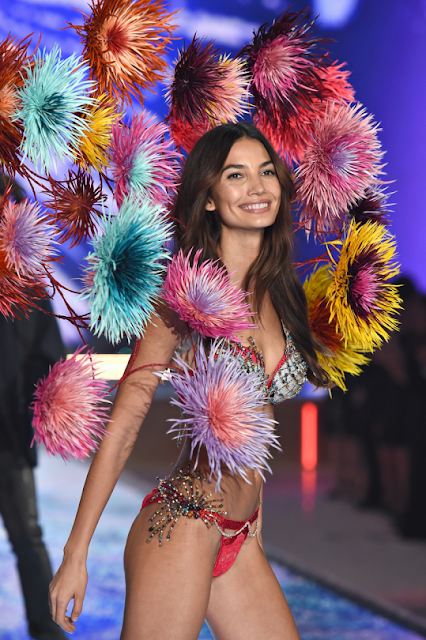 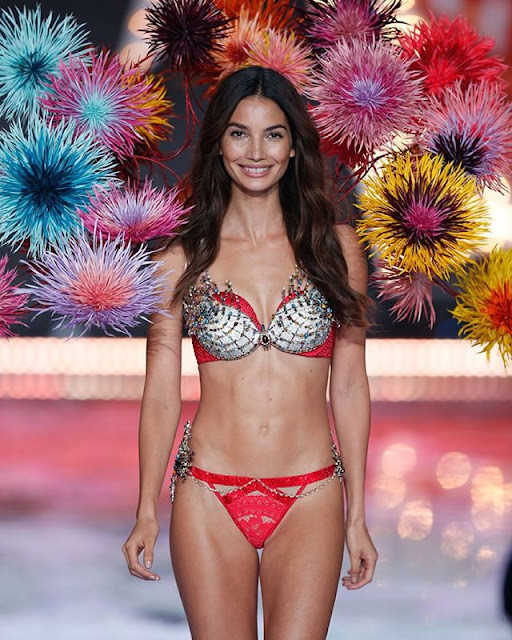 And now the finale! 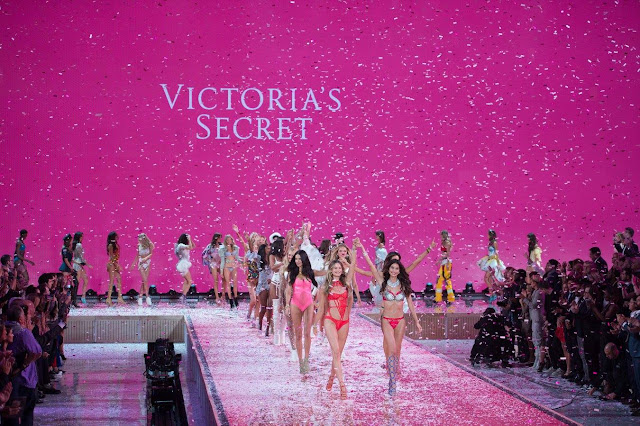 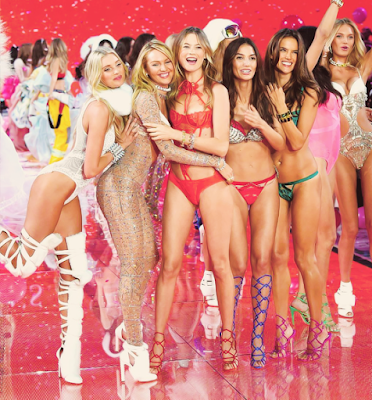 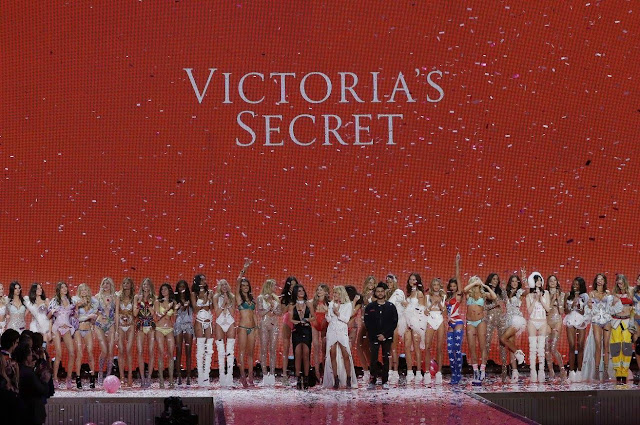 This year, the show included some bloggers on the backstage section, and even though not all of them could share pictures some did, such as Kristina Bazan, Negin Mirsalehi, Charlotte from The Fashion Guitar, vlogger Tess Christine. 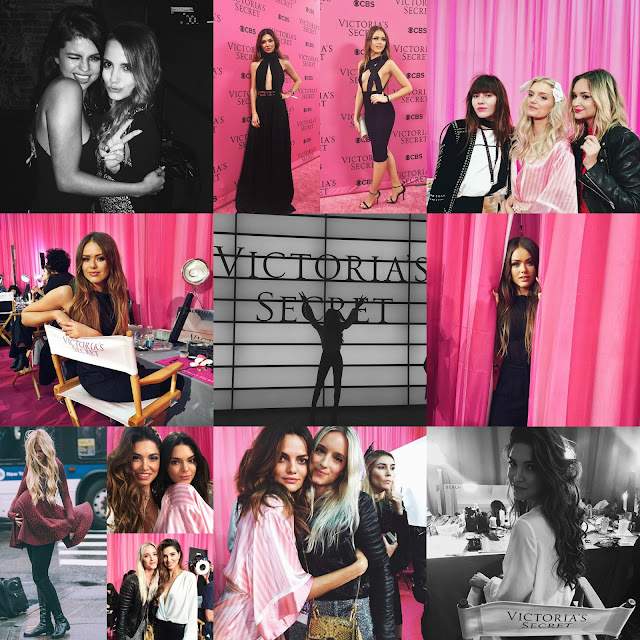 Oh, and let´s not forget about the PINK carpet. 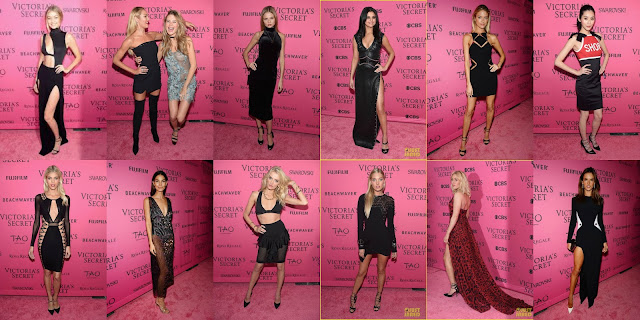 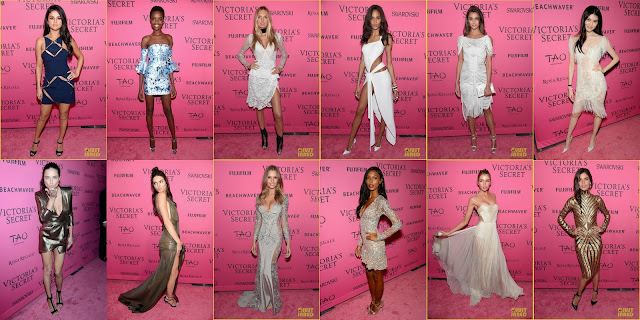 From what I see the show is going to be amazing! December 8th can´t come sooner.
It will air on CBS for the USA, but after VS uploads it online on their website. I´ll update the post if there are more news and the link!