And finally it´s time for me to start with all the pictures from my trip. Today is time for my first day in Paris. It was my first time here and of course that on the very first hours of the day we got lost! Not a frequent obstacle in my life, but Paris streets are super complicated! But to my luck I found out that Google maps app works without Internet! In the meantime we stopped at one of those historic cafes in town, Cafe de la Paix (peace), in front of the opera, that has been a recommendation by my Dad and my friend Checha. 5 minutes later it started to rain and when I blinked it was coming down in buckets. After coffee (and rain) we continued our journey to the Louvre museum. On the way we stumble across some decorations I still don´t know what they are, but once there I couldn´t avoid taking a picture touching the top of the pyramids. After many attempts and a grumpy Mom I got it! Of course we went around the museum and so on... Next we had to meet up with my friend Solene, but not before making another stop at one of the most elegant tea houses in the world, Angelina, but that´s another story. At 5 we were supposed to meet my now Parisian friend at the Eiffel tower but she was nowhere to be seen what gave me some time to shoot some outfit pictures. But after what seemed like hours (it was actually an hour), we saw a woman walking in our direction but she didn´t seem to have noticed our presence. Of course a "Solene" scream accompanied with a frenetic waving happened. It was very emotional because I haven´t seen her in more than a year, and in fact, visiting her was the main reason why we were in town.
Can you guess our next activity? Yes, we did go up the tower!! I´m so glad Solene and my Mum wanted to come with me because we took really nice pictures! The view was breathtaking, because thanks to Solene´s delay we happened to catch the sunset. There was a considerable amount of people but nothing to extreme to complain about. But people, ahem my crew, did complained about how cold it was, so we went down and in perfect timing we caught the tower lighting for the first time that night. Yeah, that was luck.
Finally, we decided to continue doing touristic things and headed to Hard Rock cafe, and sometime around 12 we got back to the hotel ready for a shower and bed.

What was I wearing? I opted for a cute knitted sweater I previously wore here, but instead of jeans I opted for a loose skirt and tucked the sweater in. For the shoes I decided on a pair of flats because we were planning on doing a lot of walking and I didn´t want to get tired quickly. The hair had to go on a ponytail because, first it was really humid, and second I had not time for something more creative. I do think the outfit is what our minds think an elegant Parisian would wear. You can shop the sweater from Mango here and the skirt in Zara.

This post is an outfit and travel article, but I promise I will write a travel guide together with the video in the future. 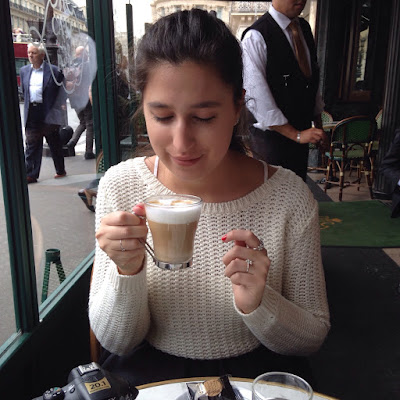 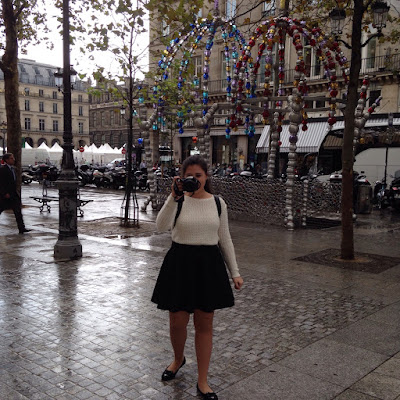 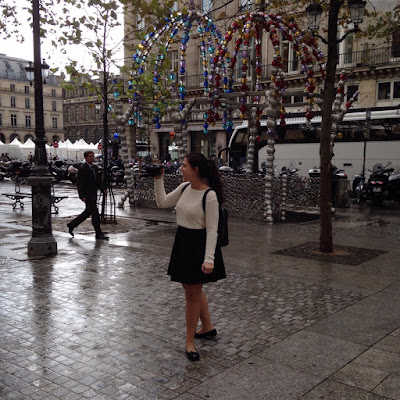 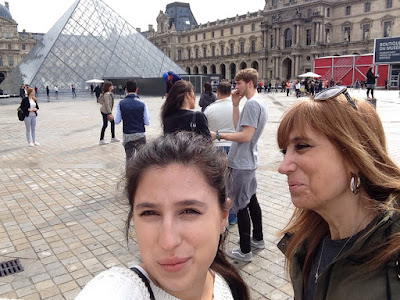 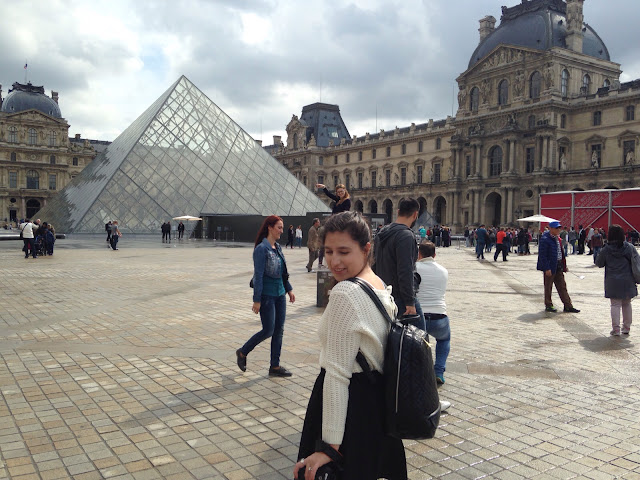 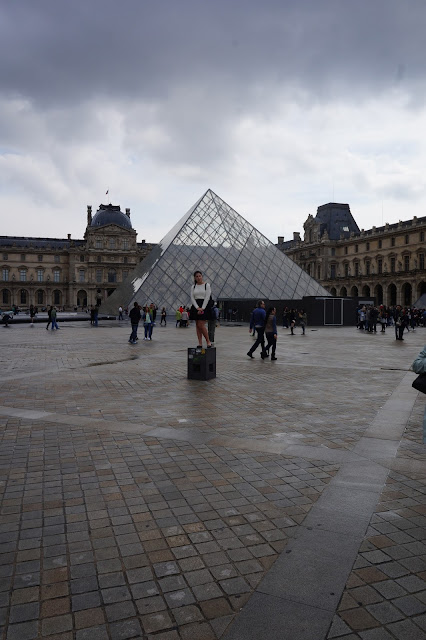 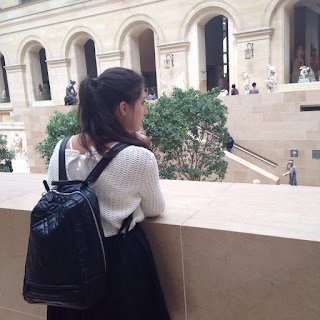 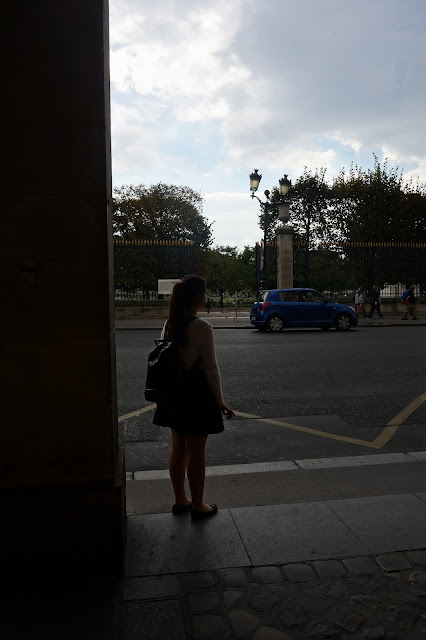 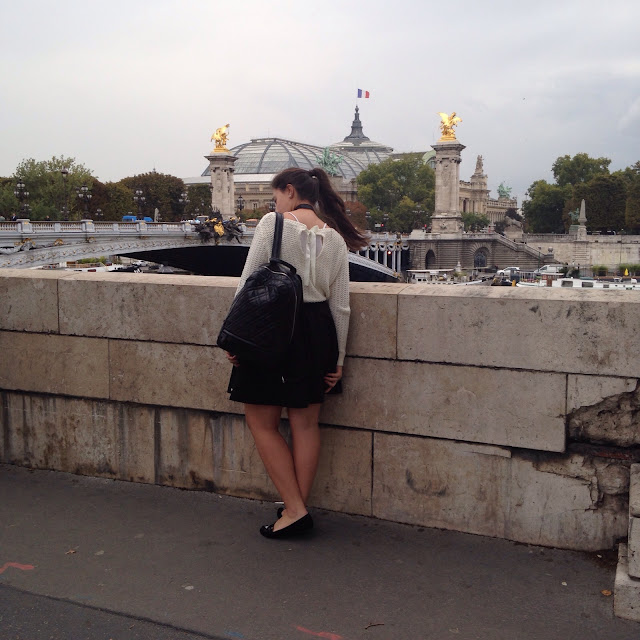 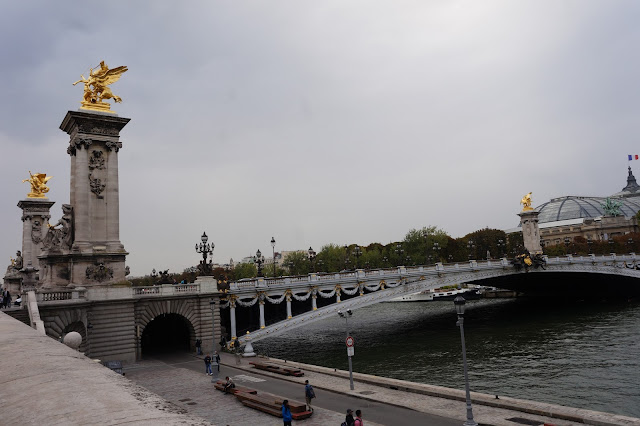 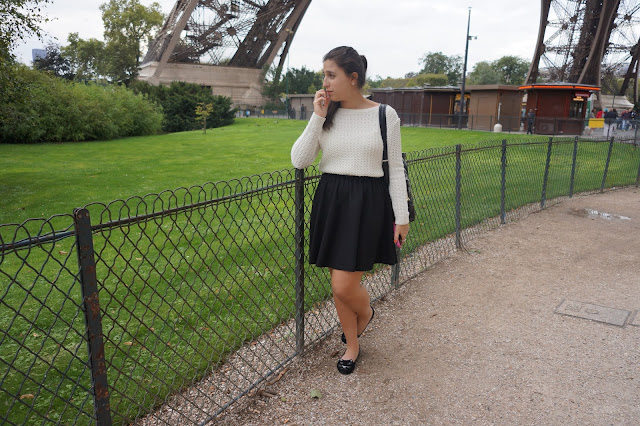 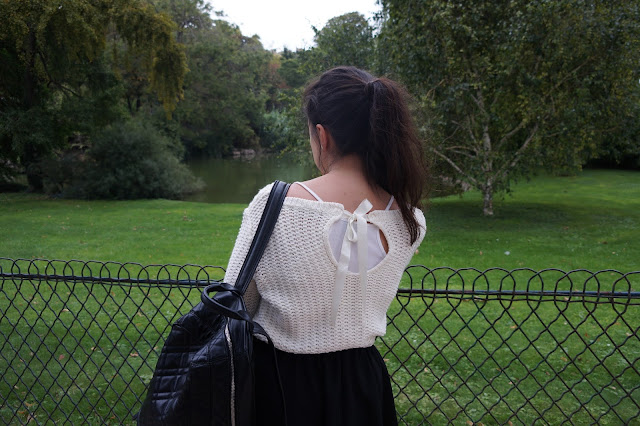 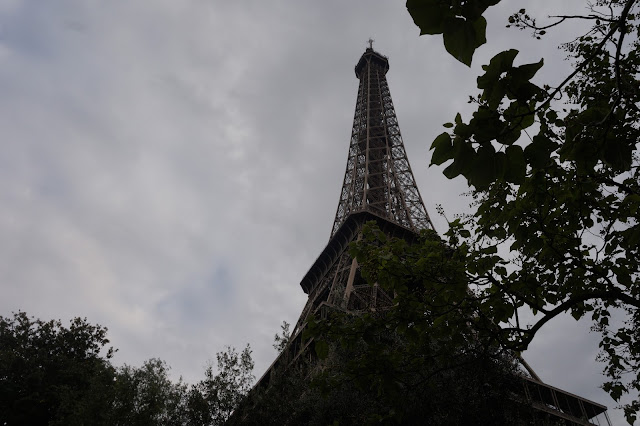 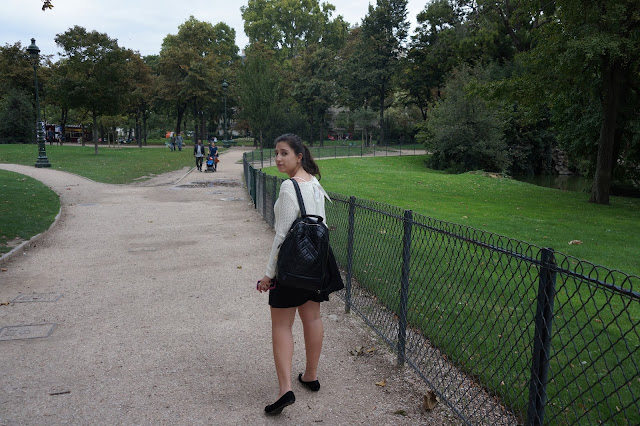 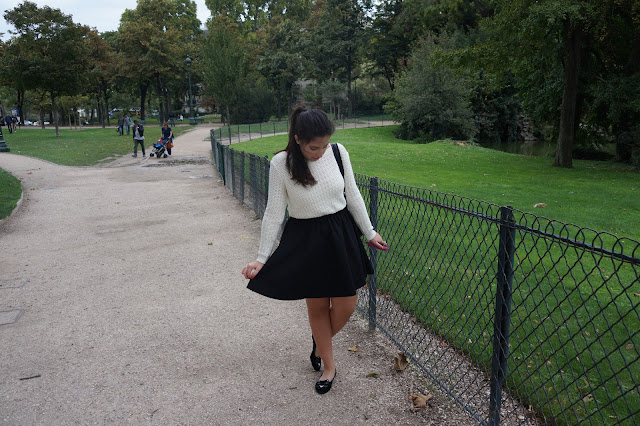 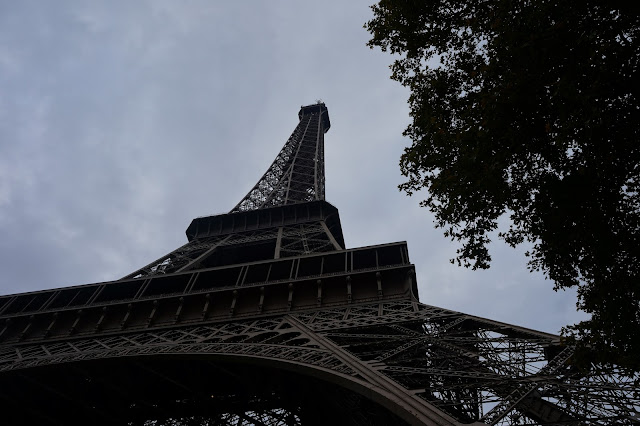 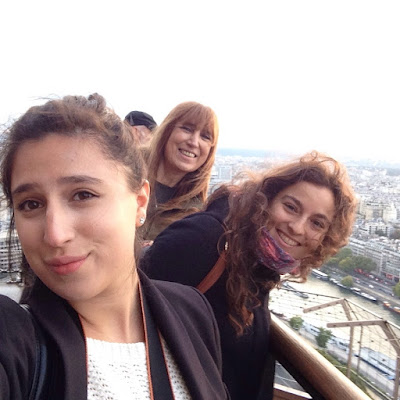 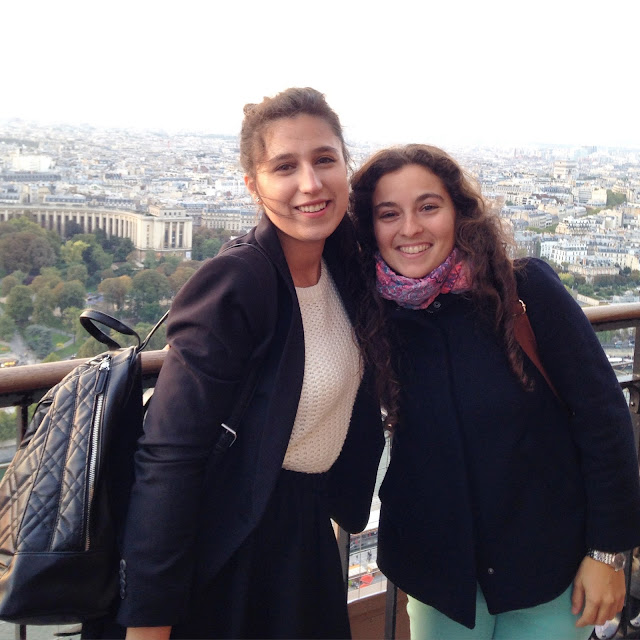 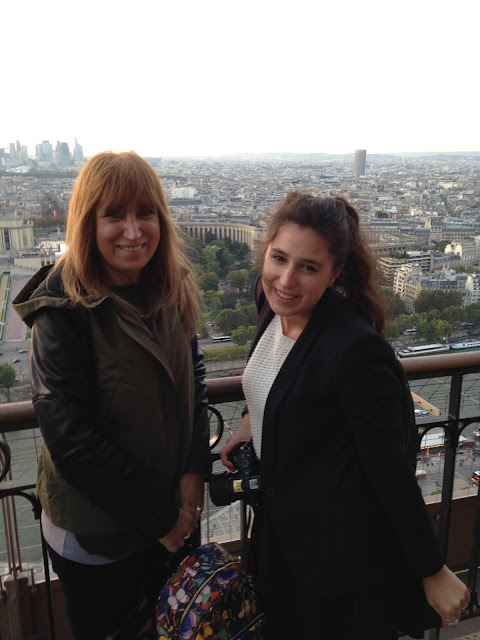 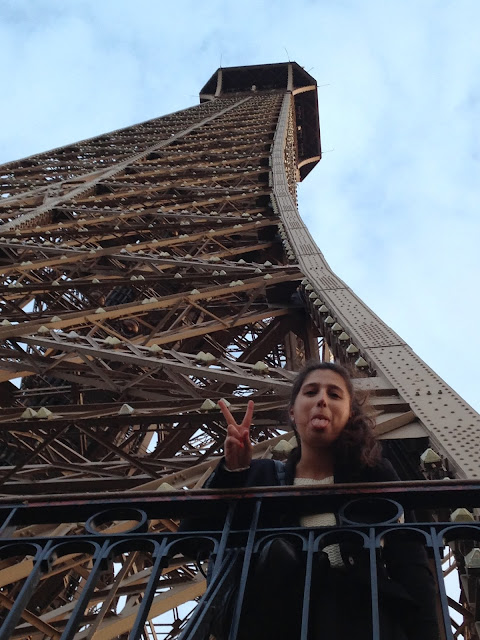 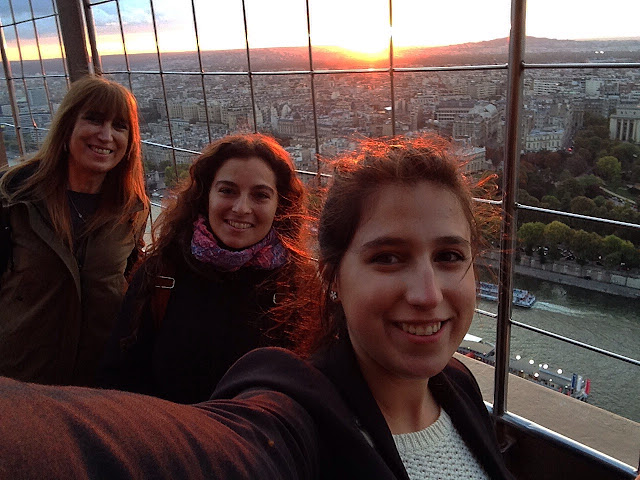 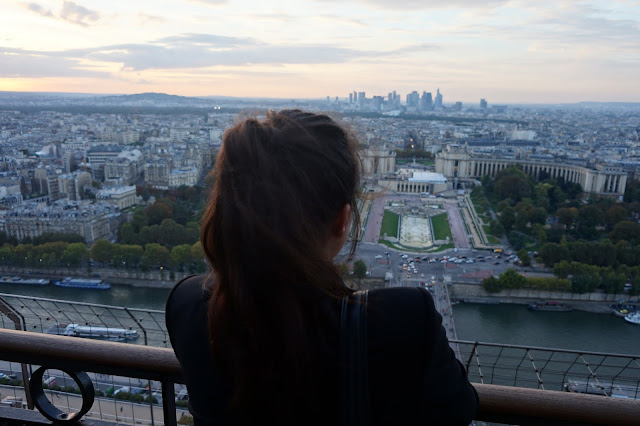 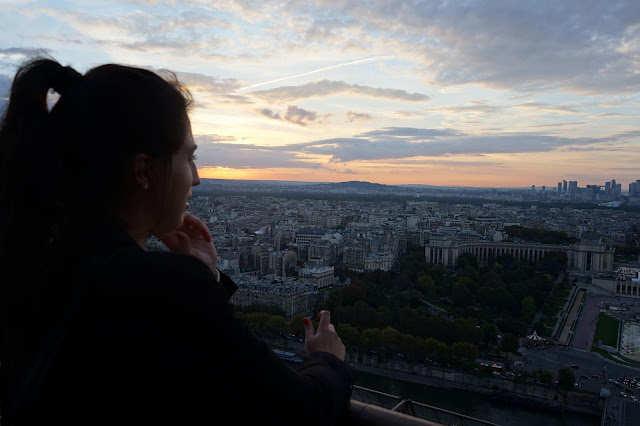 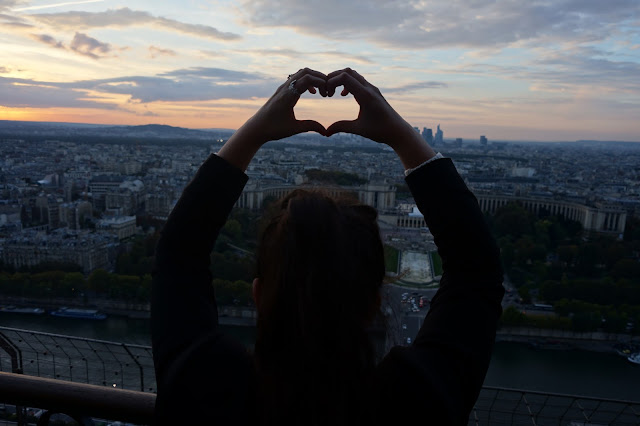 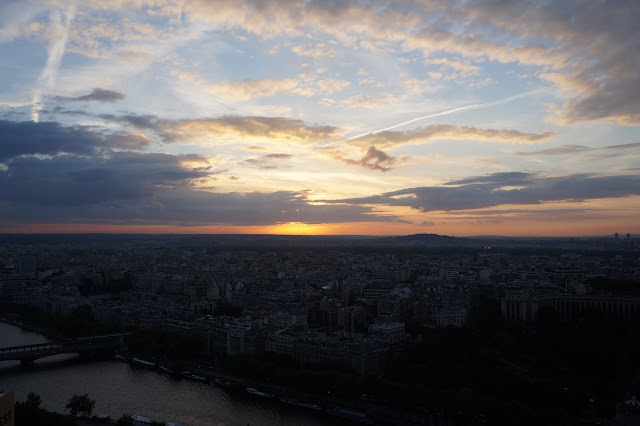 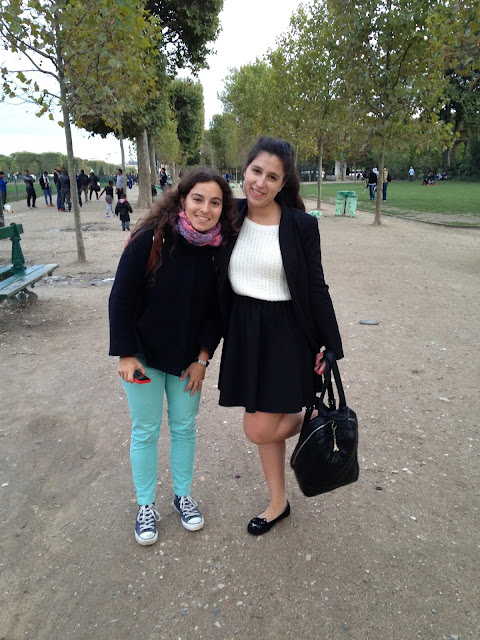 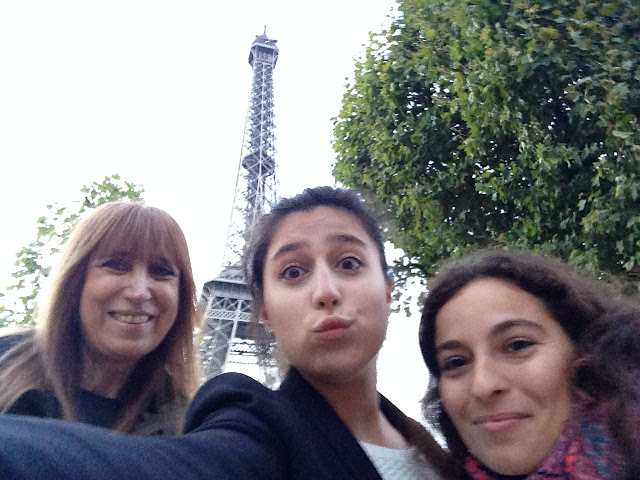