Two weeks ago, on Saturday 26 of September to be more precisely, I attended London Fashion Weekend. If you are not familiar with the event, it´s like a summary of the previous fashion week that is now coming to stores and consequently to the streets. It lasts 4 days, starting on a Thursday and finishing on a Sunday. Each day there are several "shifts" of approximately 3 hours in which you can see 2 runway shows (depending on your ticket), one including 4 trends and another one of a designer. The designer changes daily, in this occasion you could either see: ISSA, Peter Pilotto, House of Holland, and Christopher Raeburn. It not only about fashion shows, but you can also enjoy some talks by fashion designers, editors, bloggers and people from the industry in general. What´s more, you can also do some shopping at special prices.
I decided to go on a Saturday because the designer show was by House of Holland, but then I found out that out of the many talks, Henry Holland was scheduled that day at 6:30 p.m.. So, I got tickets for the 6 to 9 shift and I could do it all! At 6:25 I casually walked pass a room full of people and curiosity got the best of me. Inside everybody was buzzing about what was about to come, an interview to designer Henry Holland by his friend and it girl, Daisy Lowe. He was so chill and funny during the 30 minutes, making jokes sharing facts about his life. For example, did you know how he started his career? He studied journalism/communication and was working at a teen magazine. Then he designed a collection of tees with "funny quotes", that went viral on myspace. Soon, on December he quited his job and in February he was already presenting at London Fashion Week. Wow!
At 7:00 p.m., after answering questions from the audience, it was over, and as I was standing on the back I could leave the room quickly. Moments before I was evaluating if I should finish listening or if I should get going to the first fashion show. I decided to stay, it was unique experience. Back to the moment I was leaving the room while thinking I wouldn´t make it to the show. We soon went down the stairs and there was a woman that casually asked us if we were going to the trend show. Yes was our answer, and soon we were seated in what looked like the last seats in the room (actually it was one and a half seat). It was a strike of luck that soon disappear when I embarrassingly fell down trying to take a picture of my Mom, but that´s another story.
As I previously told you, there is a Trend Show. This season included: Super Retro, Punk Rock, Marsala Tones, and Into the Wild. Take note and go shopping! You can read more about each of them bellow.
Next came the Designer show, that obviously was House of Holland. It´s the F/W 2015 Ready to Wear collection and I´d been a huge fan of the designer since his S/S 2015 show, colourful and full of flowers, so when I saw he was presented I had no doubt.
All in all, I can say that my experience was 10 points. I didn´t know what to expect as I´d never been to a fashion event beside some fashion shows I attended with my friend Checha during our summer holidays. Now I know that fashion is my field, I don´t care if takes me 1 more month or 5 years in order to be "well known" because I´m working on what I like. I´m glad I took the opportunity of attending LFWend as it´s a small peak at how the industry works.
If you are interested in the fashion field, I recommend attending the event. You will surely have fun, unless that you are my Mom who felt unease, mainly because her shoes were "killing" her, but isn´t fashion about making certain sacrifices? Trust me, you will enjoy it!

One last thing I´d like to mention is that London is one of those city's that worries a lot about fashion and even has the British Fashion Council that organises these kind of events. Next comes the British Fashion Awards and you can know get tickets! Maybe this event is more for people who want to see celebrite's than fashion but you can get cool selfies, right? 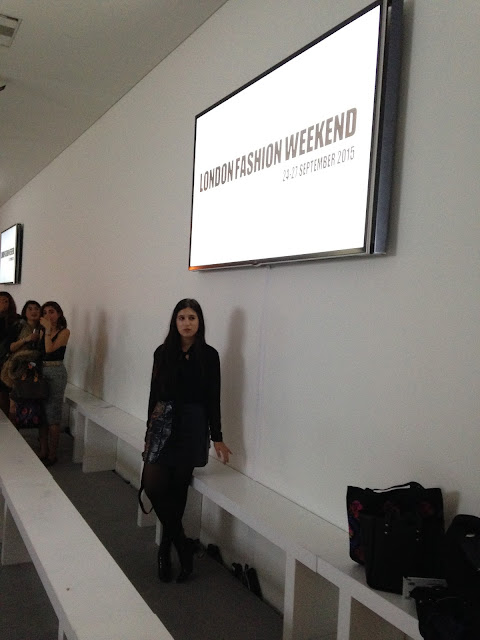 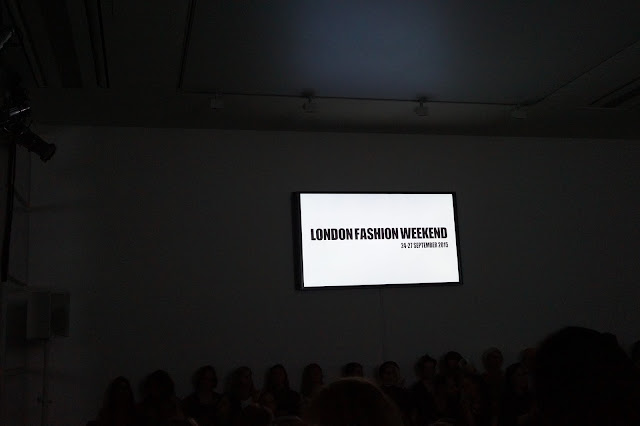 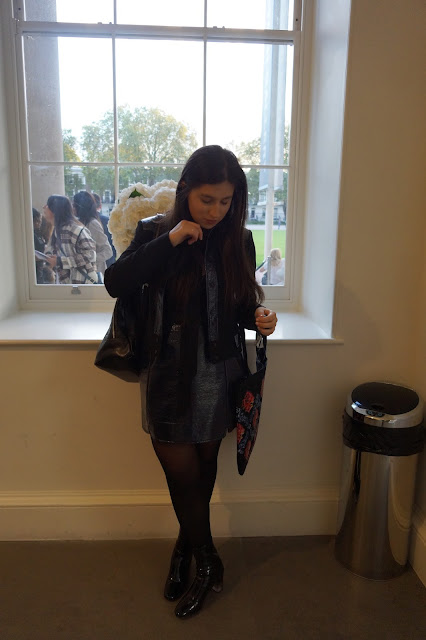 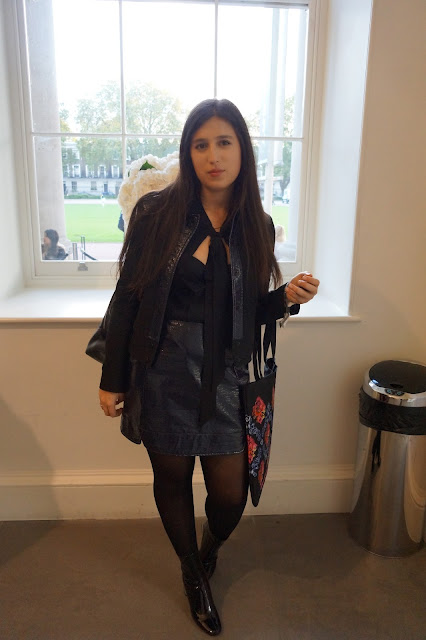 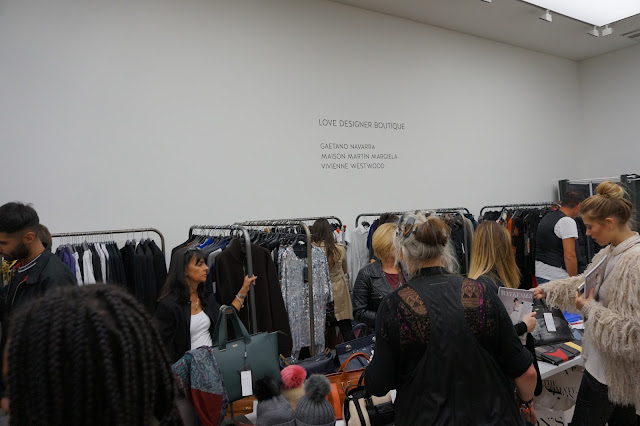 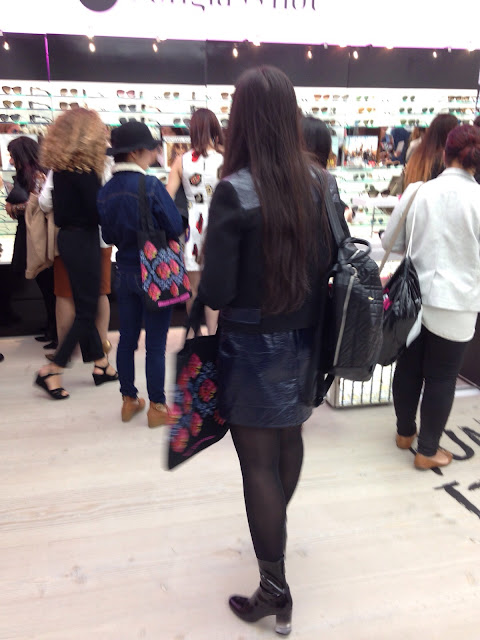 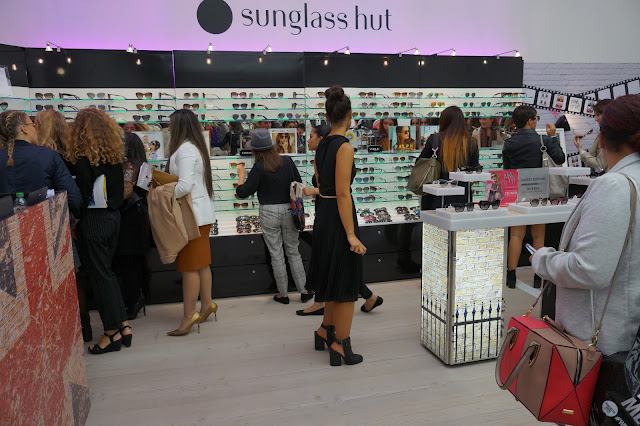 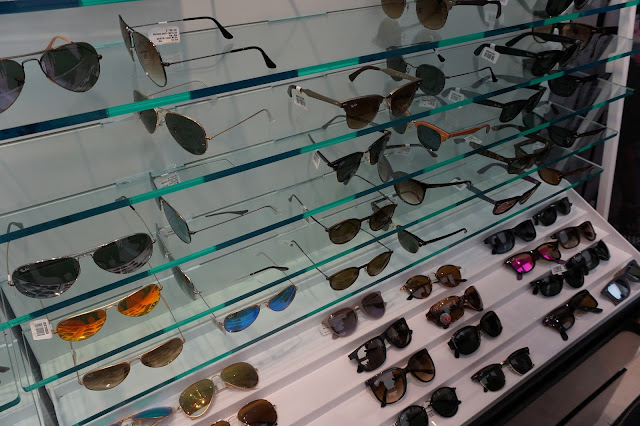 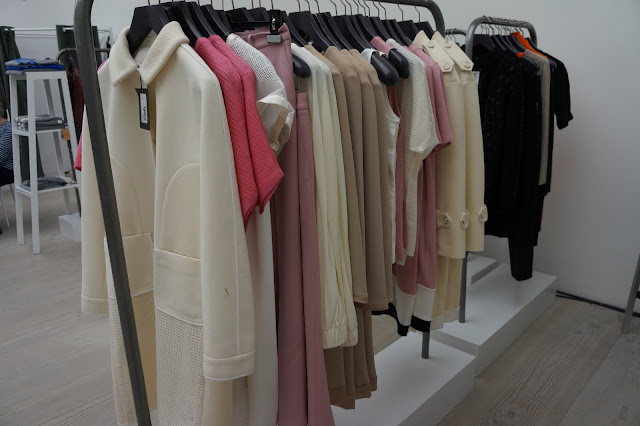 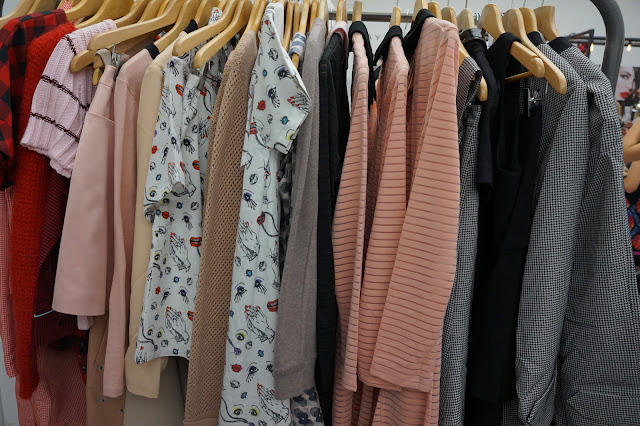 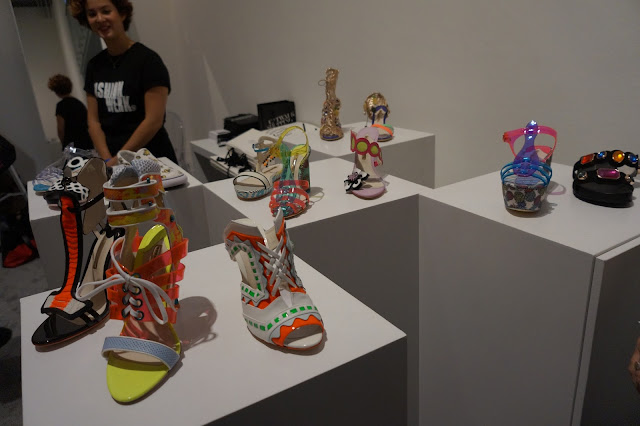 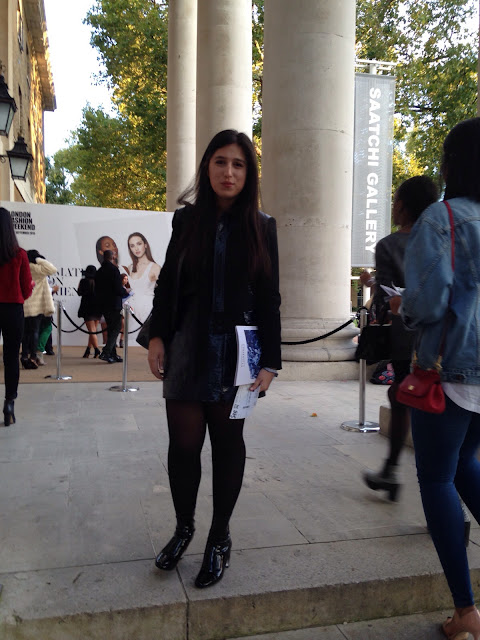 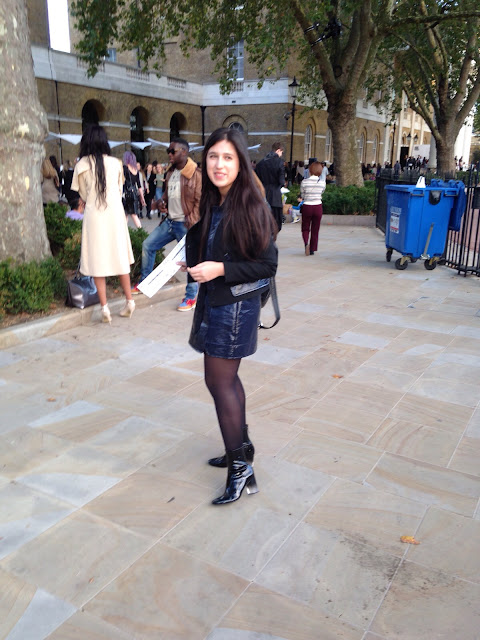 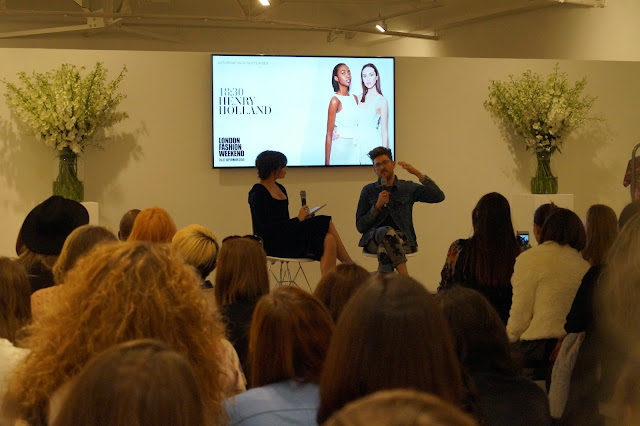 Trend
Into the Wild 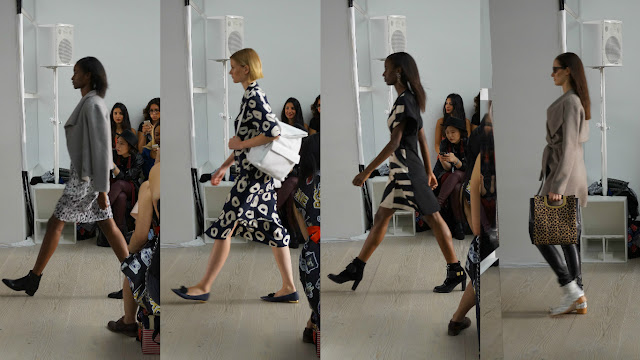 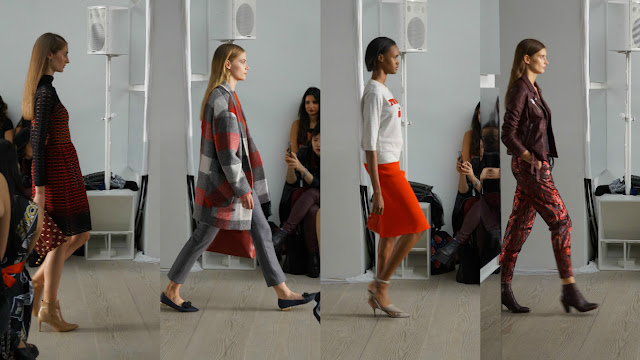 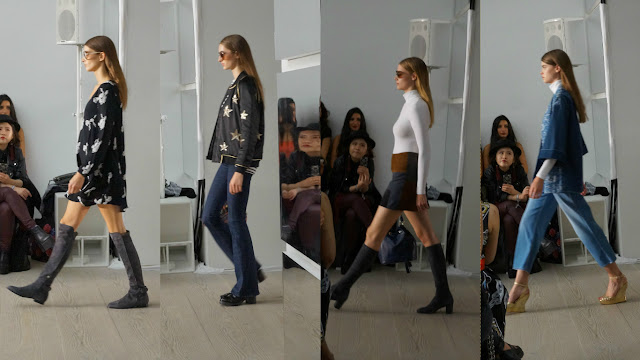 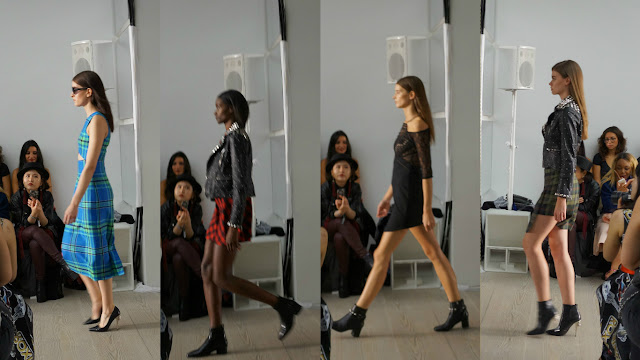 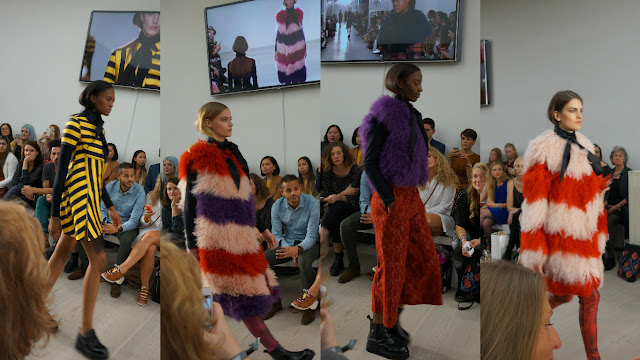 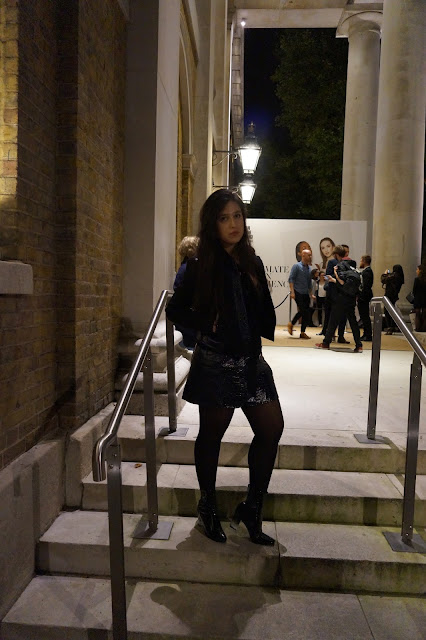