Gigi Hadid, if you are wondering who she is, you better find out now before it´s too late.
Gigi is a model native from California, currently living in New York where she moved to study criminalistic physiology. In the process she started her career as model and ended up where she is now. Daughter of former model Yolanda Foster, who managed to keep her daughter out of the modelling career until she turned 18. Today she is turning 20 and has become one of the most recognised models at the moment. She recently started working for Victoria´s Secret Pink, signed a contract with Maybelline, is the face of Tom Ford´s Velvet Orchid fragrance and appeared on several Guess campaigns, She was also photographed by several magazines such as Vogue and Sports Illustraded to name a few. If this is not enough she walked for more than 10 shows back on the fashion month. But if you want to see her moving, make sure to watch her on this music video, of her real life boyfriend, Cody Simpson.
Is Gigi Hadid the new IT model? Now let´s see how she kills it on the streets of NY, LA, at fashion week, at coachella, at the night club, on the red carpet...

When you live in New York and get photographed frequently, you need this variety of coats. 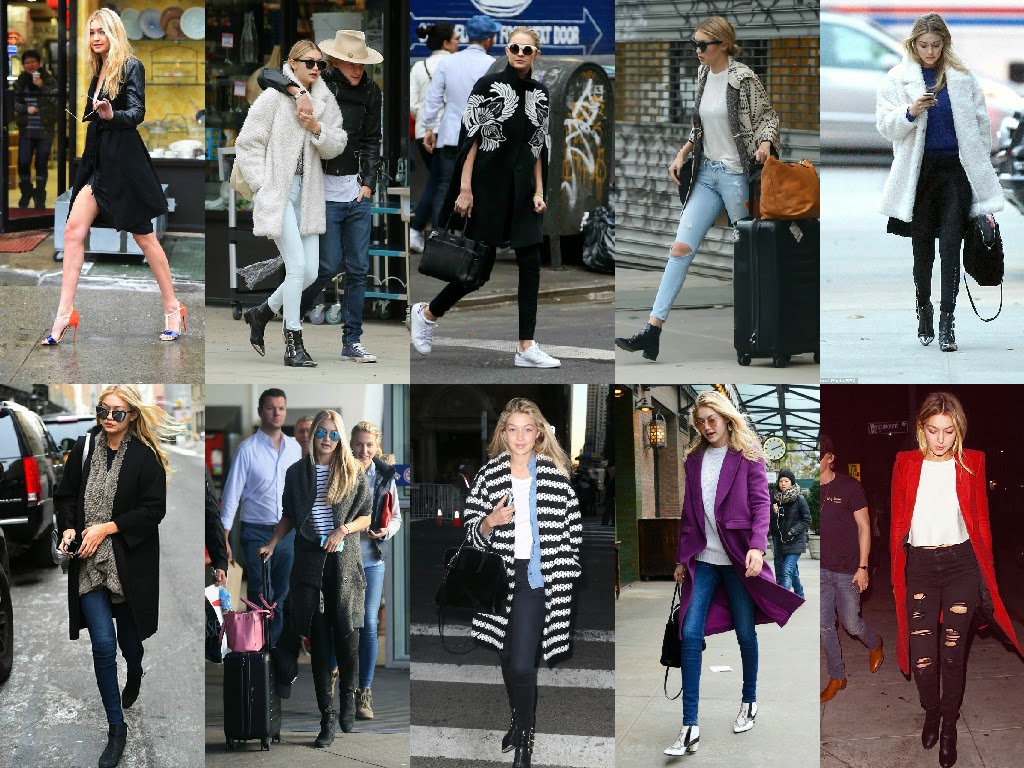 Believe it or not this pictures are from fashion week... and I don´t mean from the runway. She might be living in New York now, but her inner California summer is still there and comes out during summer. She demonstrated her style is not only ruling the streets and fashion week, but also at Coachella. 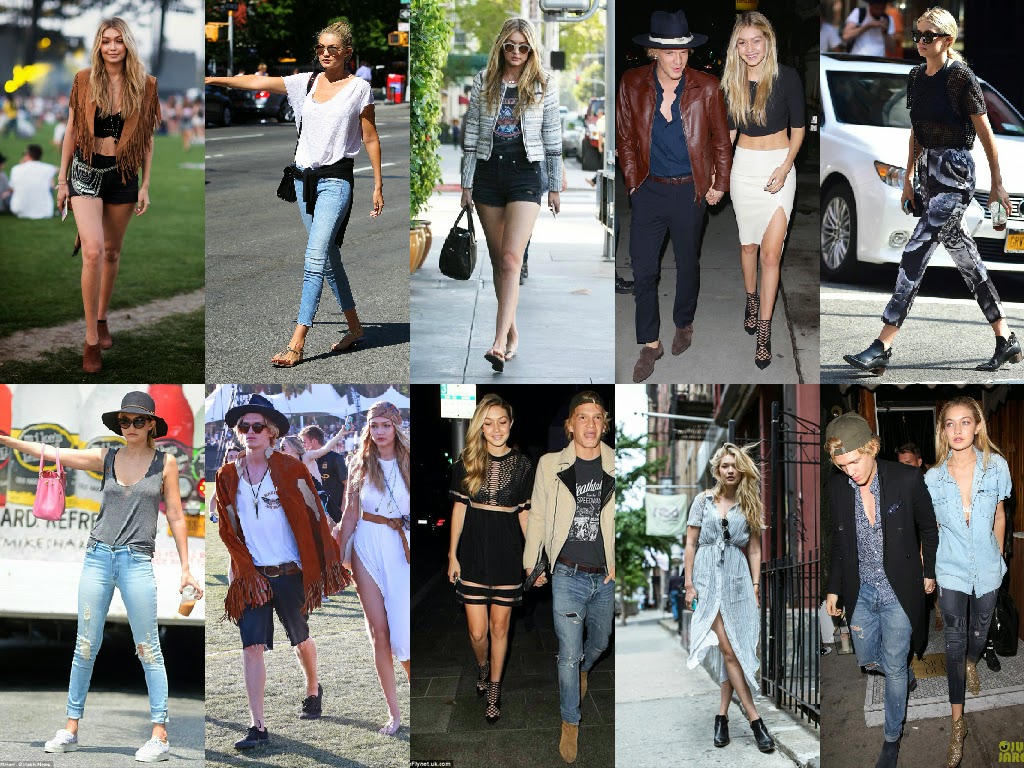 And when she parties, of course she does it in style. Personally my all time favourite is the embroidered Pucci dress in the middle down,