Awards season is on, and we can´t take our eyes off the red carpet. I tell you that after seeing this looks you won´t be able to wait untlthe next award.

Let´s start with the innovators, the girls that chose to wear pants and leave behind the old fashioned dresses. Lorde in Narciso Rodriguez and Emma Stone 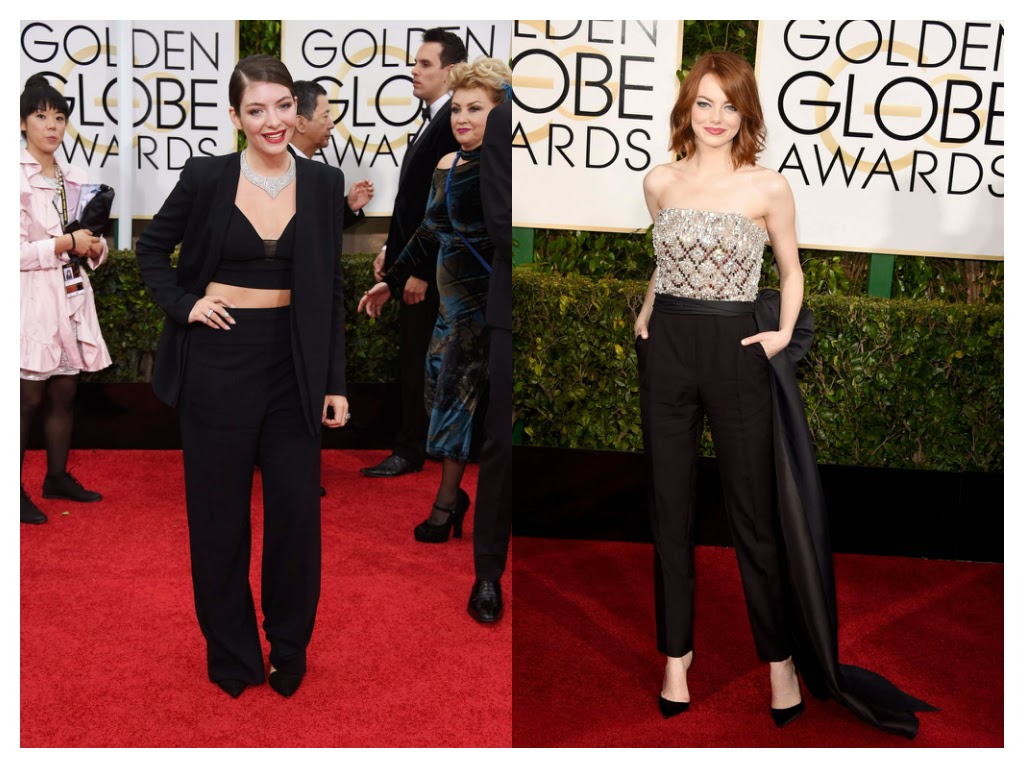 Let´s move on to the clasic red (that matches the carpet). In this case we have Lena Dunham in Zac Posen, Jane Fonda in Versace, Allison Williams in Armani Prive, Heidi Klum in Versace and Helen Mirren in Dolce&Gabanna. 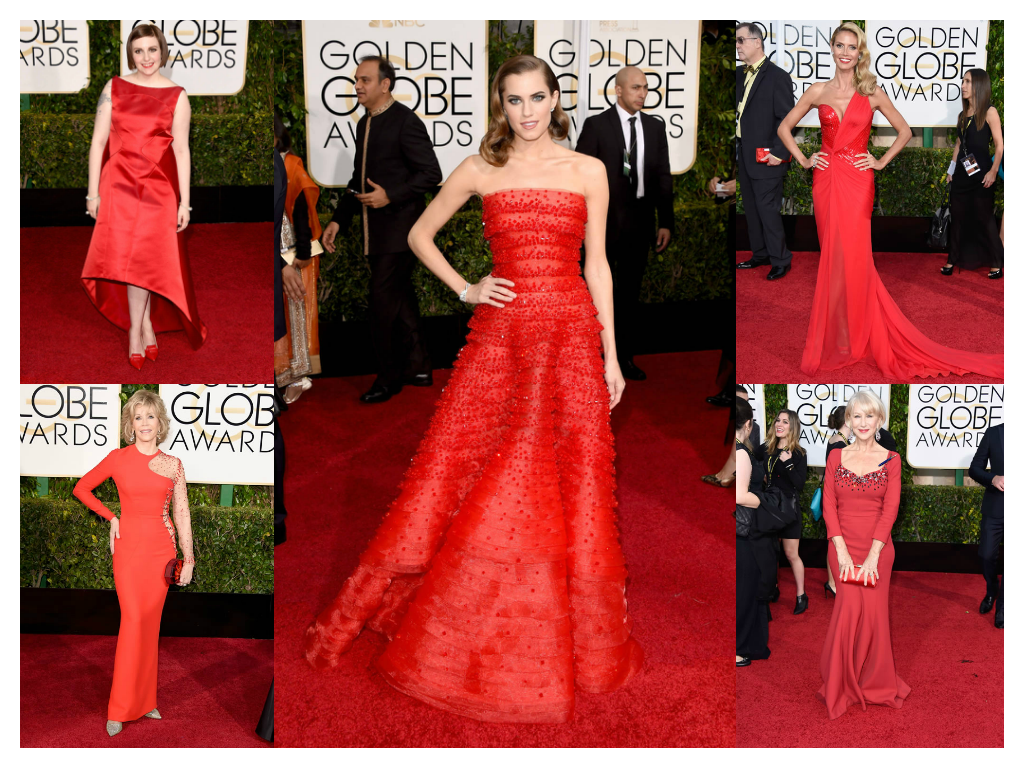 A not so conventional colour is yellow, and some dare to wear it tonight. Jenna Dewan Tatum in Carolina Herrera, Leslie Mann in Kaumanfranco and Naomi Watts in Gucci. 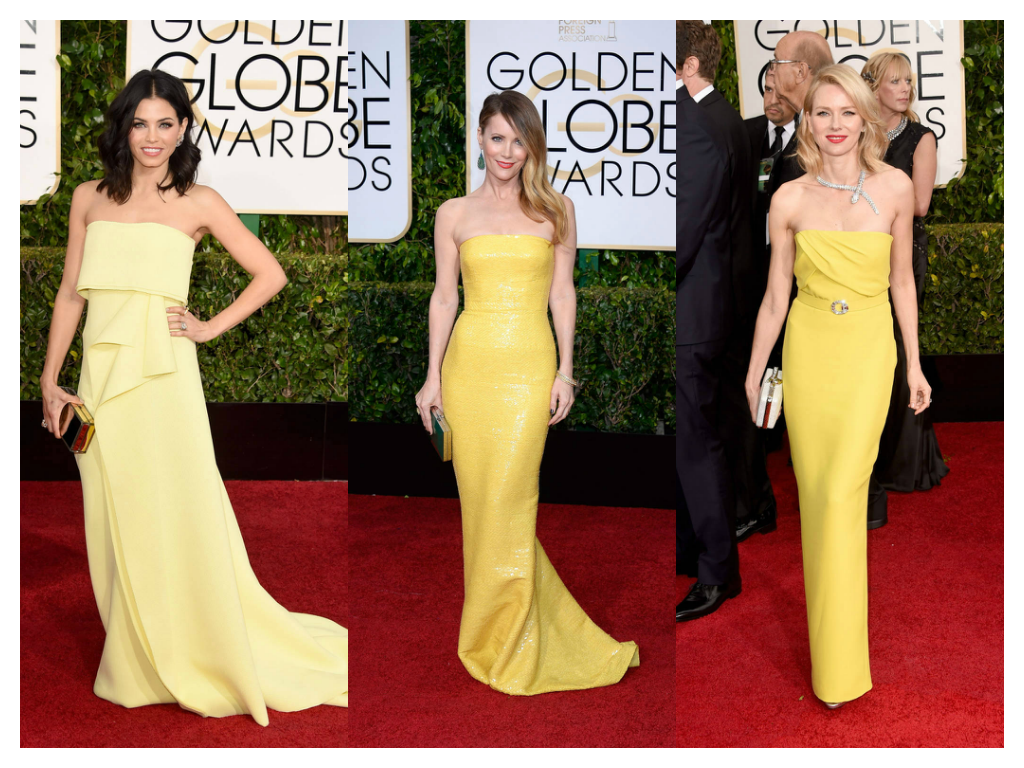 Talking about colours, it´s not so necessary when you have black. Adam Levine and Behati Prinsloo in Kaufmanfranco, Jennifer Aniston in Saint Laurent and George Clooney and Amal Alamuddin in Dior. 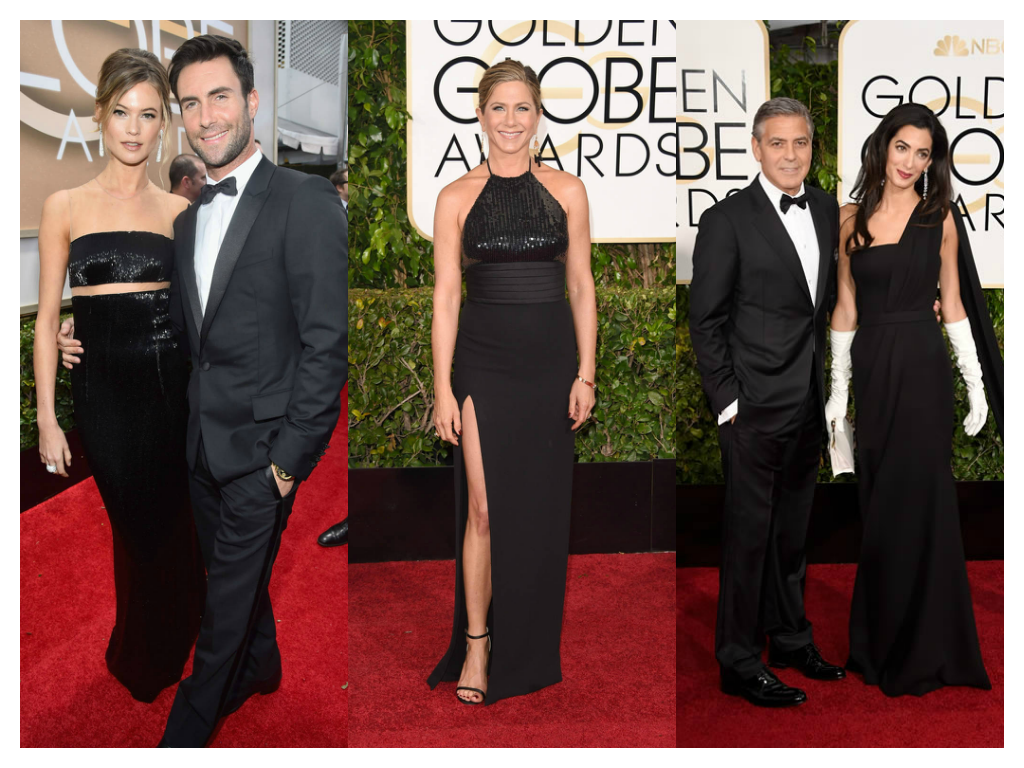 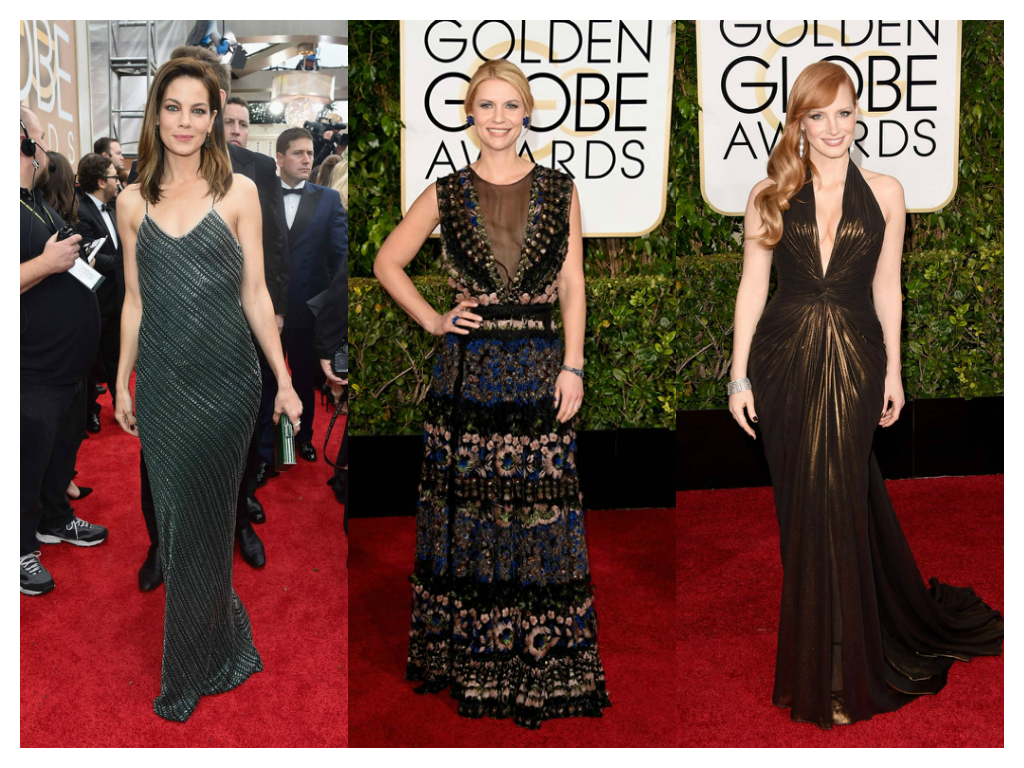 On the other side of the coast we have the white options. Emily Blunt in Michael Kors, Kate Hudson in Versace, Salma Hayek in Alexander McQueen, Julia Louis in Narciso Rodriguez and Giuliana Rancic. 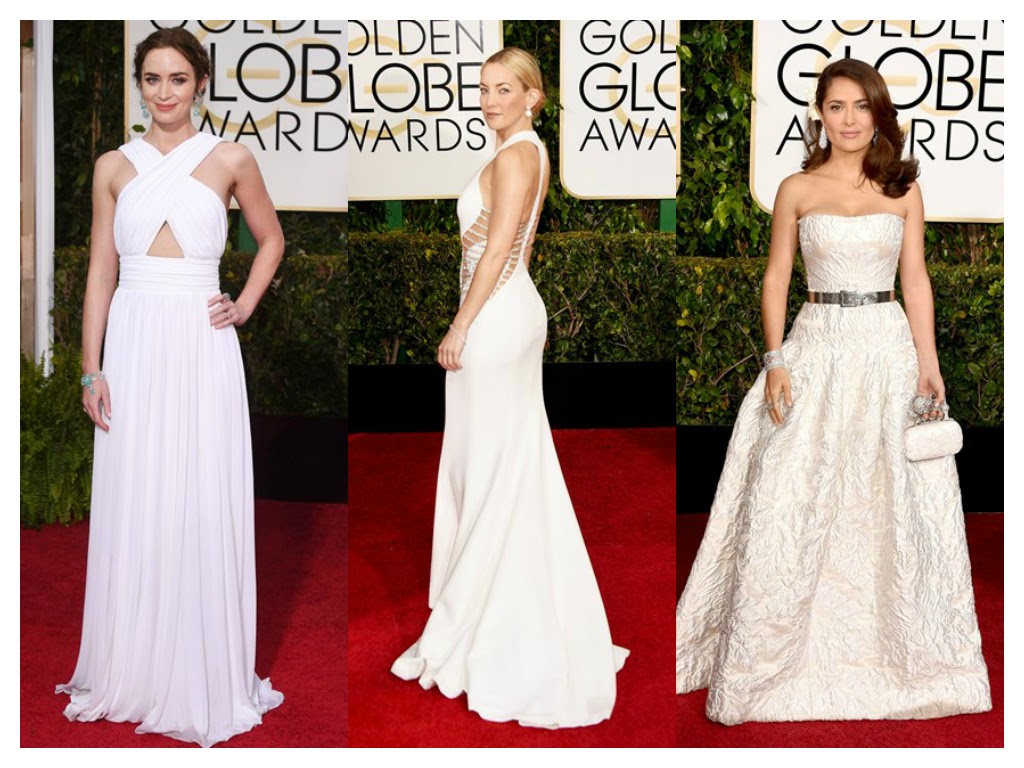 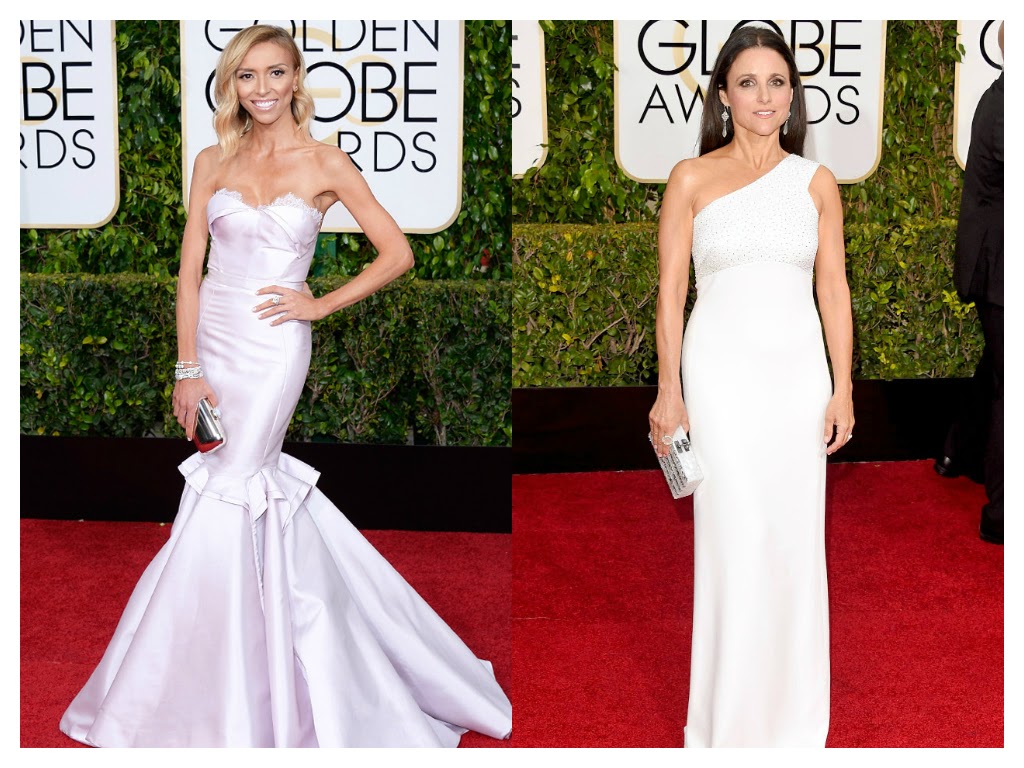 In different shades of blue, Amy Adams showed up in a Gucci gown, Cindy Crawford and Katherine Heigl in Zac Posen. 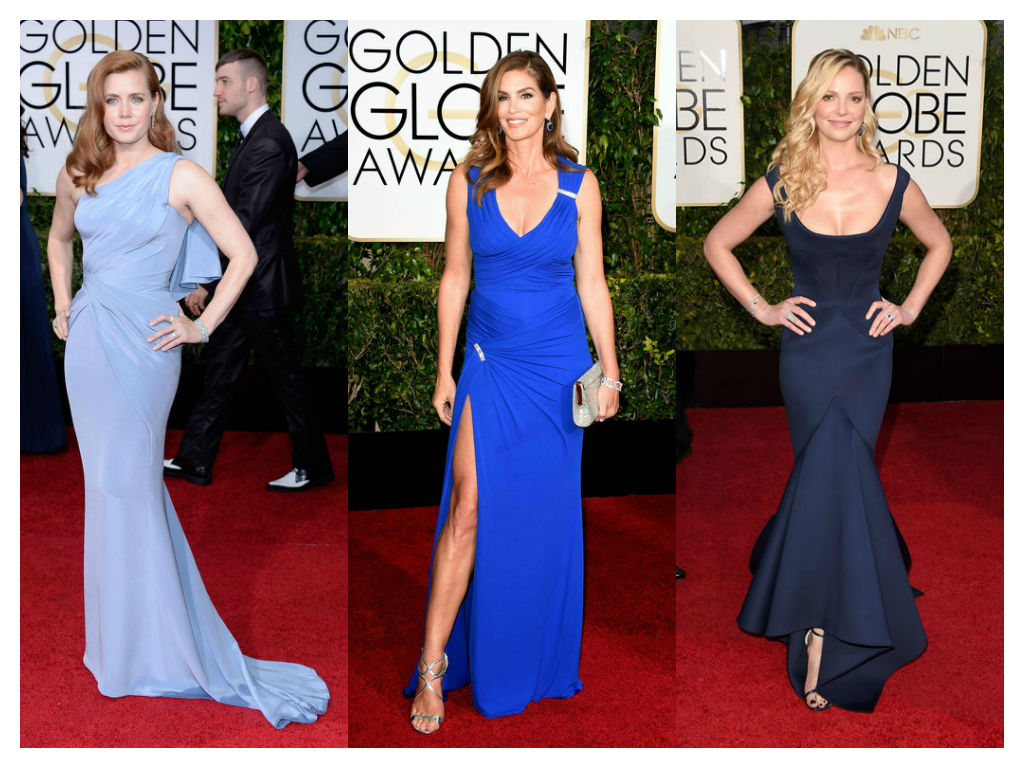 The ones who literally shined on the red carpet were Dakota Johnson in Chanel and Julianne More in Givenchy. 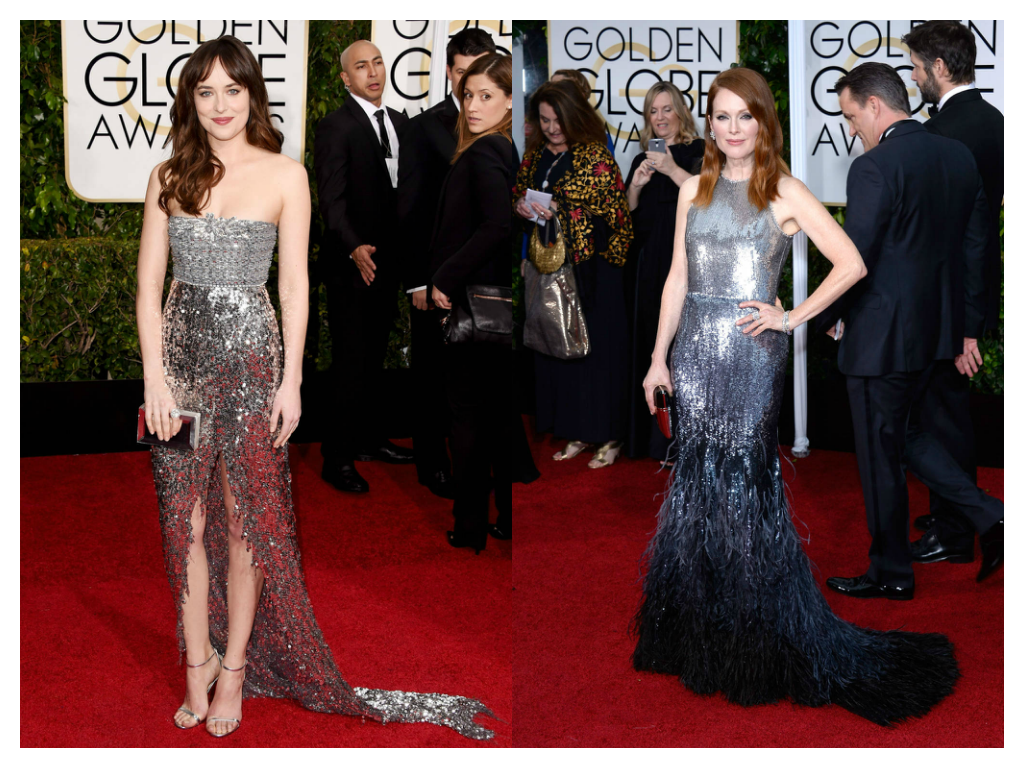 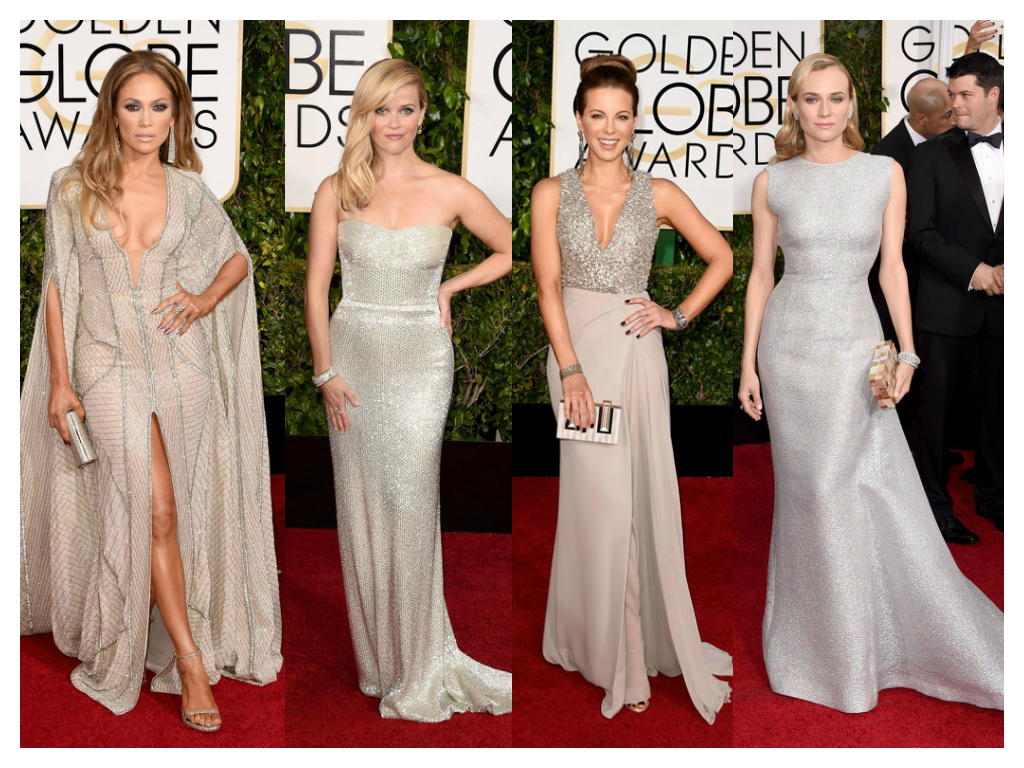 The prettiest tulle embroidered ball gowns were spotted on Anna Kendrick by Monique Lhullier and Greer Grammer. If I ever go to a formal red carpet, my dress would look like this ones. 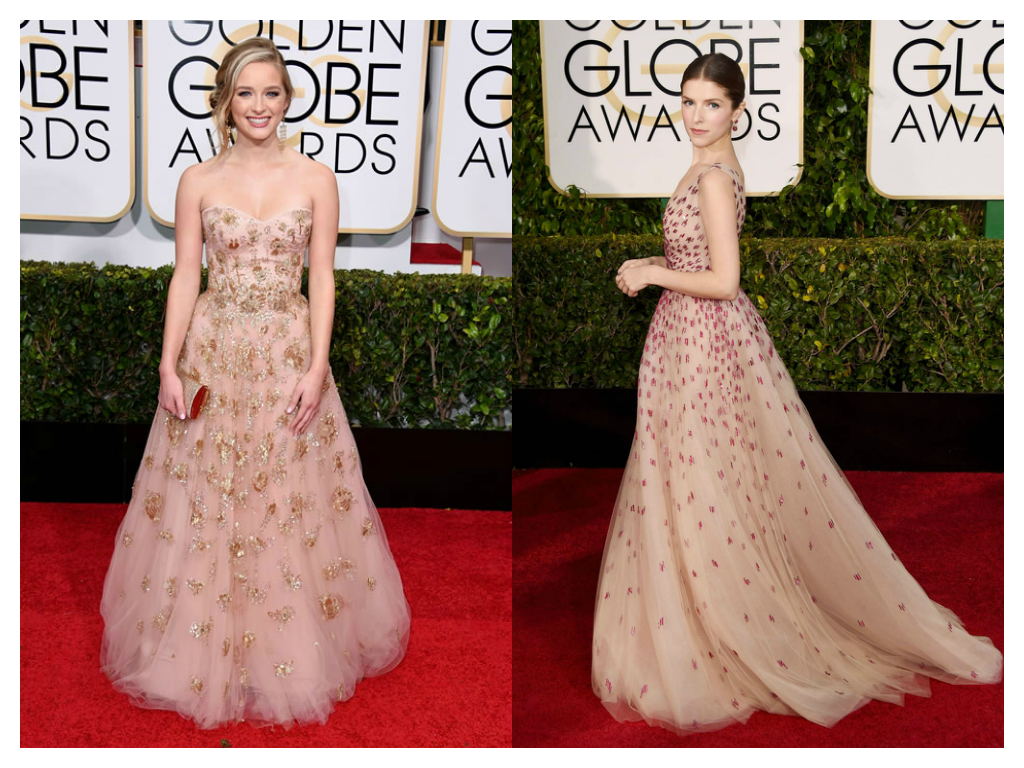 I also loved this gowns with some embroidered designs like flowers or butterflies seen on Sienna Miller by Miu Miu and Keira Knightley in Valentio. Can you imagine how perfect a short version of the later would be? 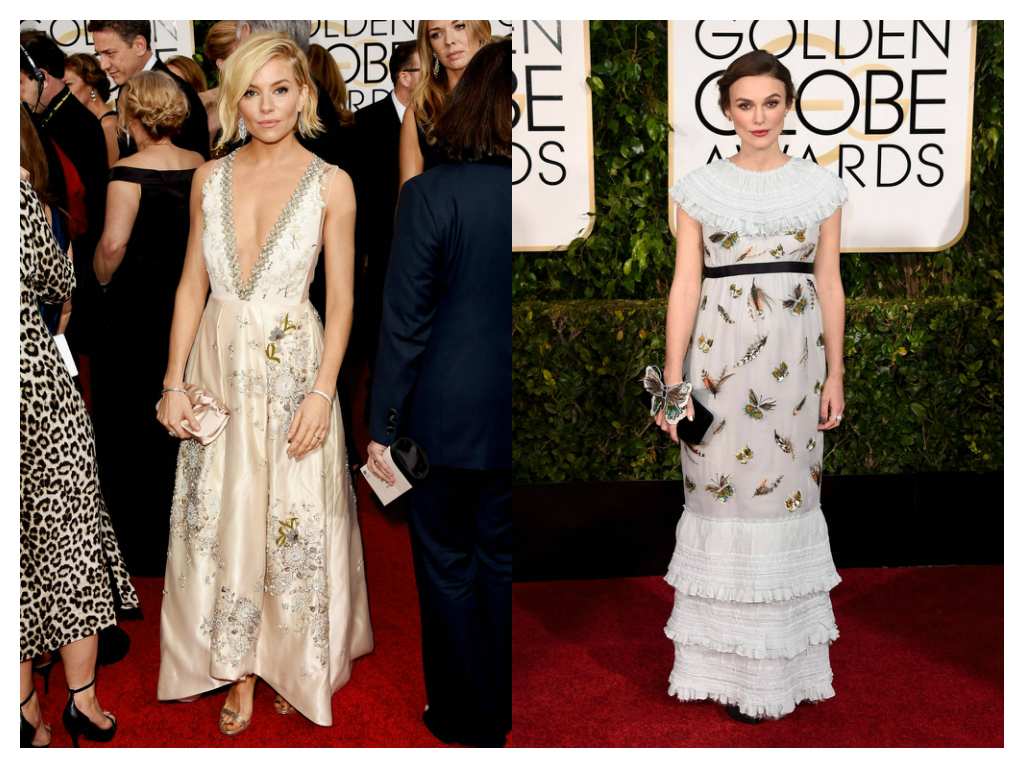 And last we have the ladies who opted for this pastel dresses including Chrissy Teigen in Zuhair Murad and Mathew McConaughey and Camila Alves. But Lupita Nyongó preferred a violet Giabattista Valli gown. 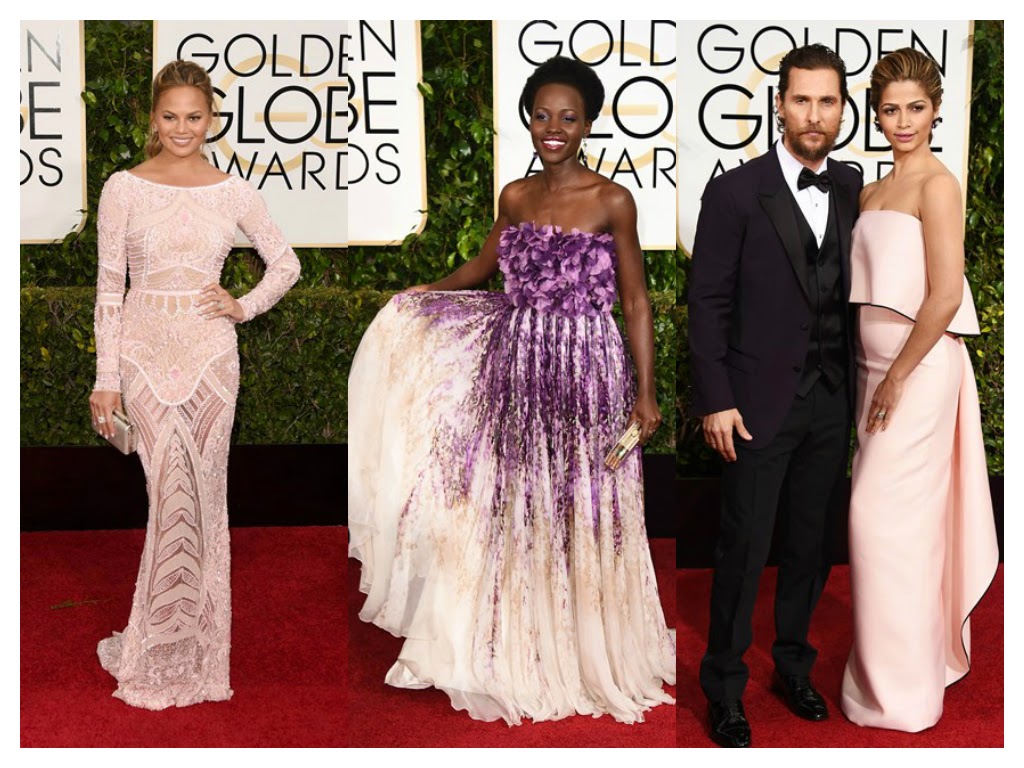 You see what I told you? You can see a little bit of everything. The clasic red, the sexy thigh dresses, the formal ball gowns, the risky pants... the question is, can you wait for the next award? 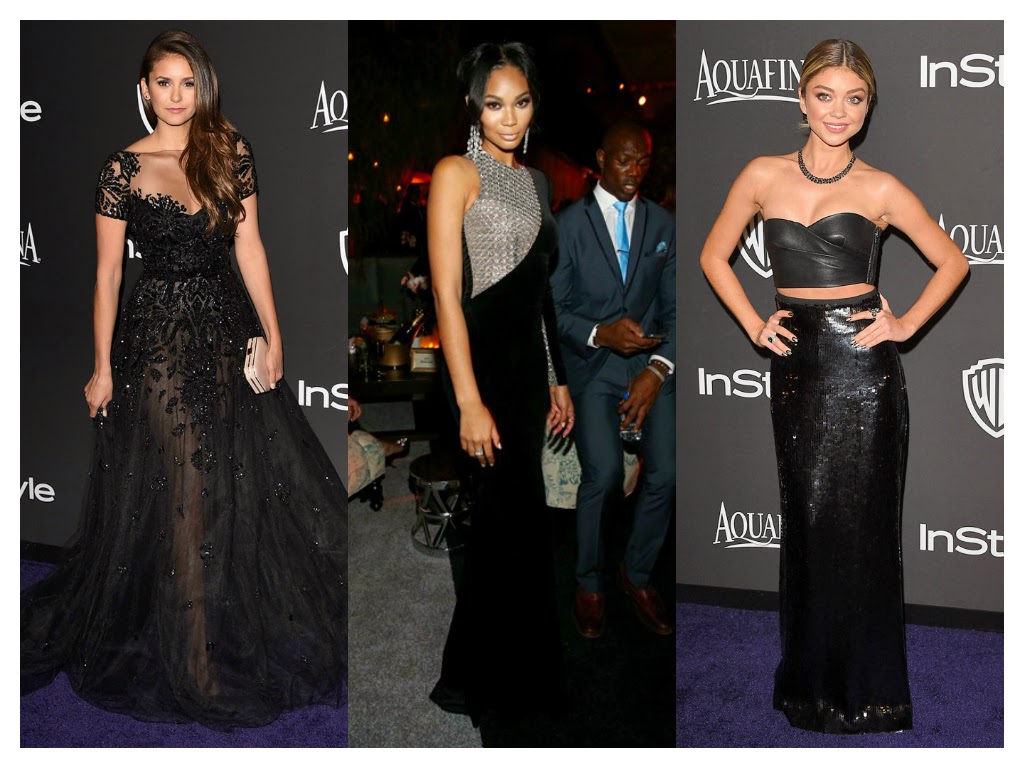 From Black to White, but first Yellow: Cara Delevingne in Thierry Mugler, Taylor Swift in Jenny Packham and Selena Gomez in Kaufman Franco. 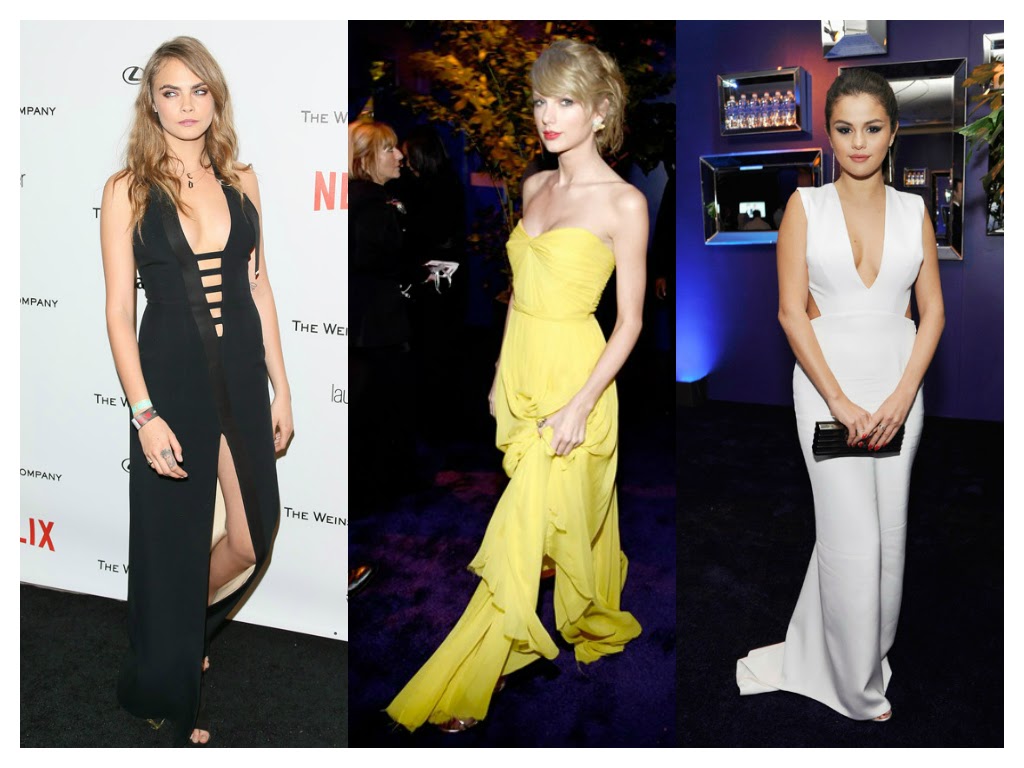 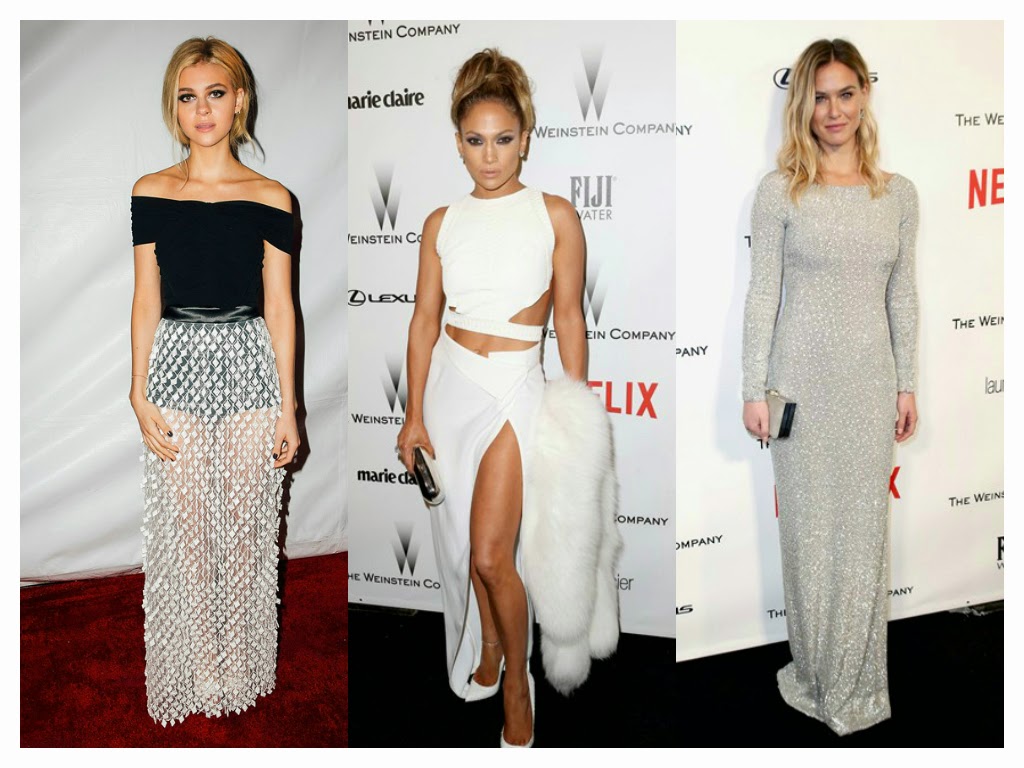 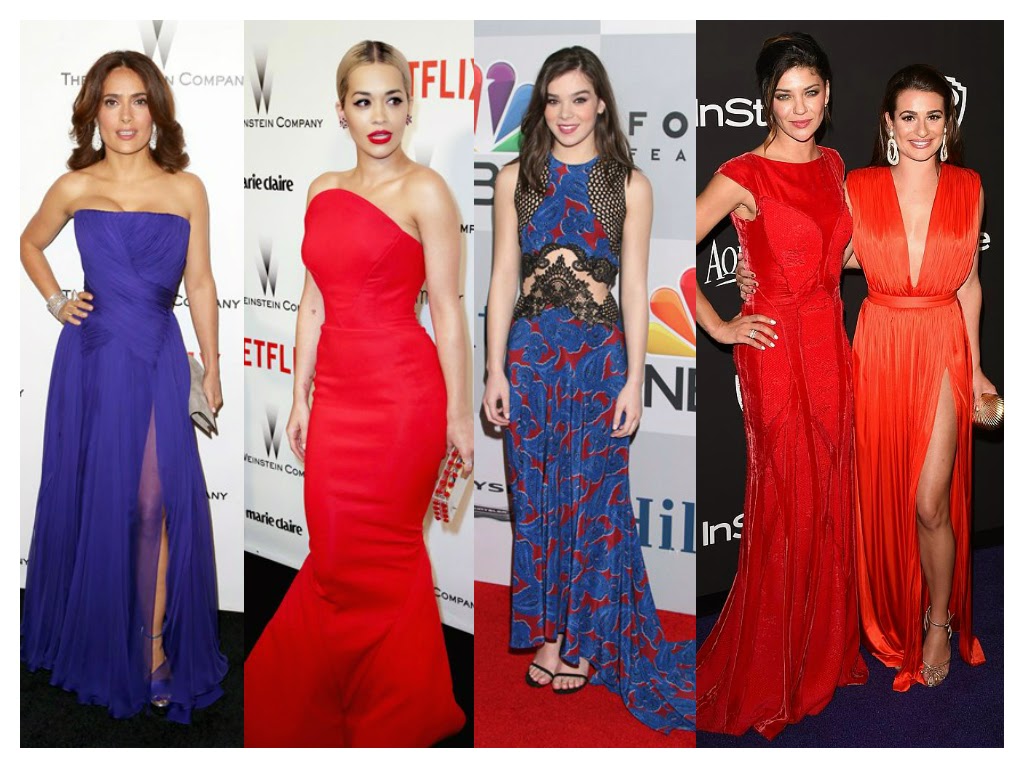 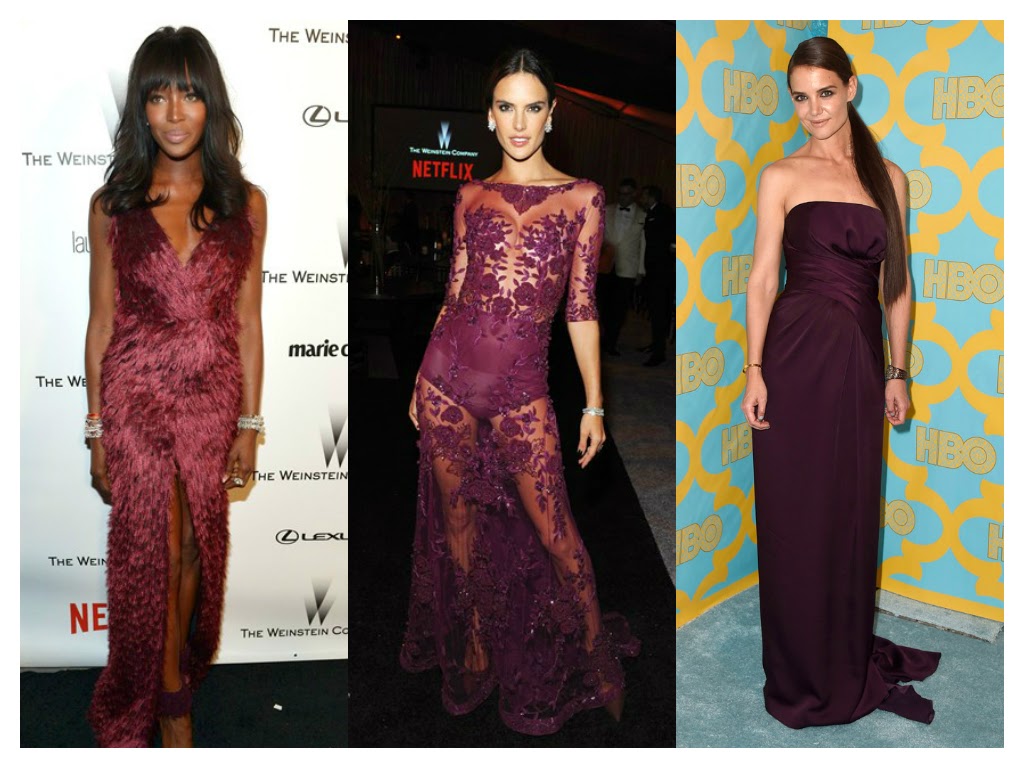