Another magical night (day) was yesterday as the annual Victoria´s Secret fashion show took place in the city of London for the first time. The show was filmed on December the 2nd in the Earls Court exhibition centre but will be broadcasted on 9th. The Angels set off from New York in a private plane accompanied by stylists, editors and bloggers Chiara Ferragni and Kristina Bazan to keep us updated. When they arrived in London they just did some promotions,visited the bond street store, kept on training and got ready to walk on the runway. 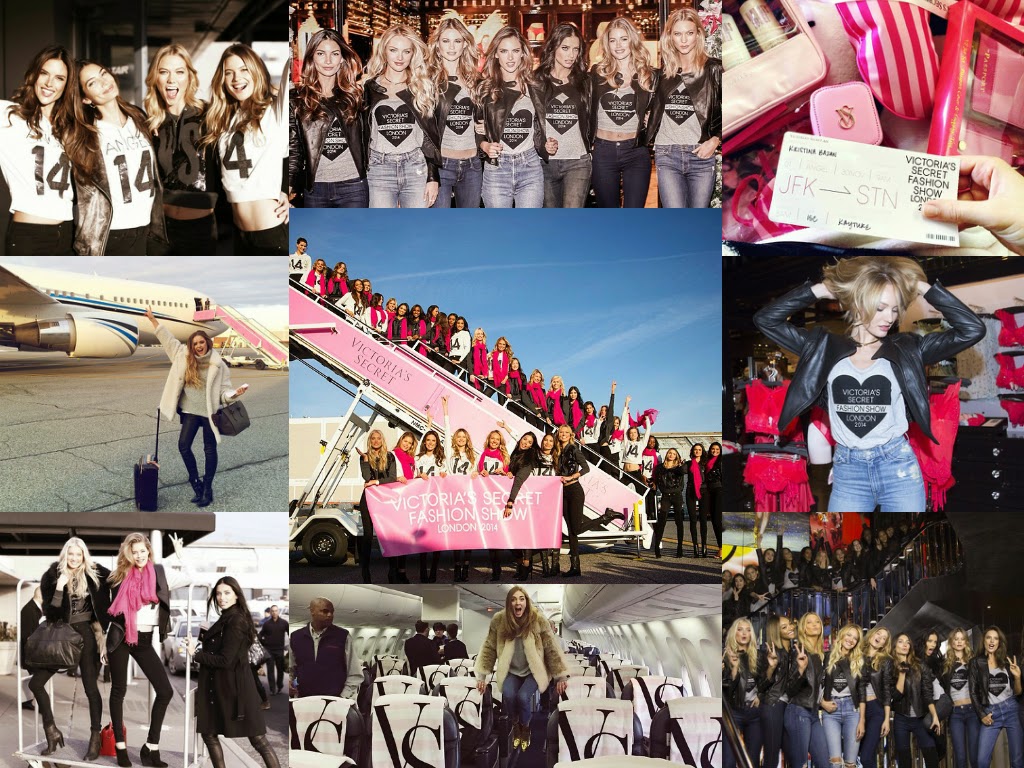 When it comes to bts (behind the scenes) nobody does it like the angels. All so pink! everybody wearing pink robes, tons of make up, hair dressers, photographers, and all smiles! (and nerves) 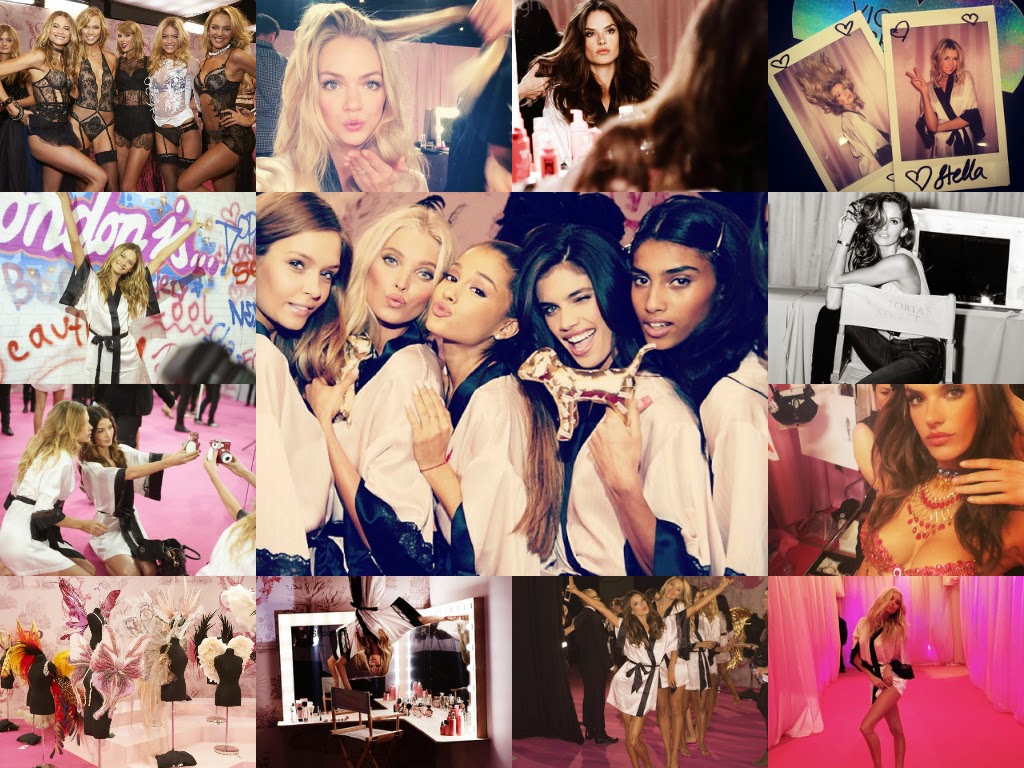 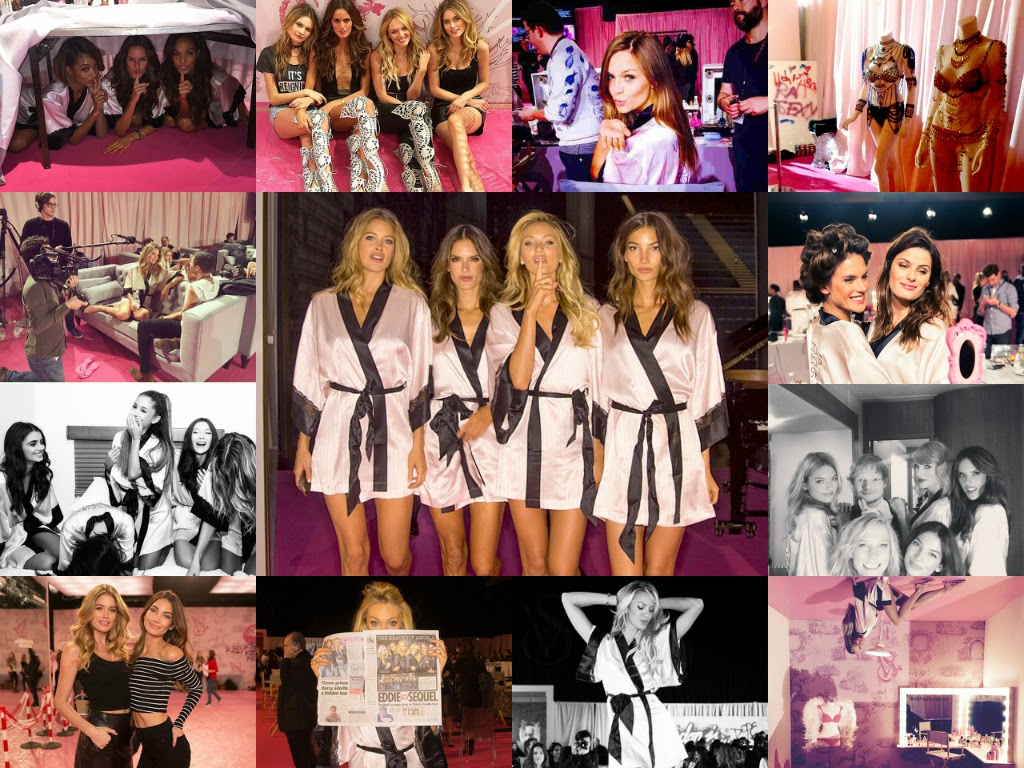 And of course, what´s a VSFS without music? or without Taylor Swift? This year Ed Sheeran, Hozier, Ariana Grande and, the experienced, Taylor Swift performed at the show in the various segments presented this year. Next you can see each of them: 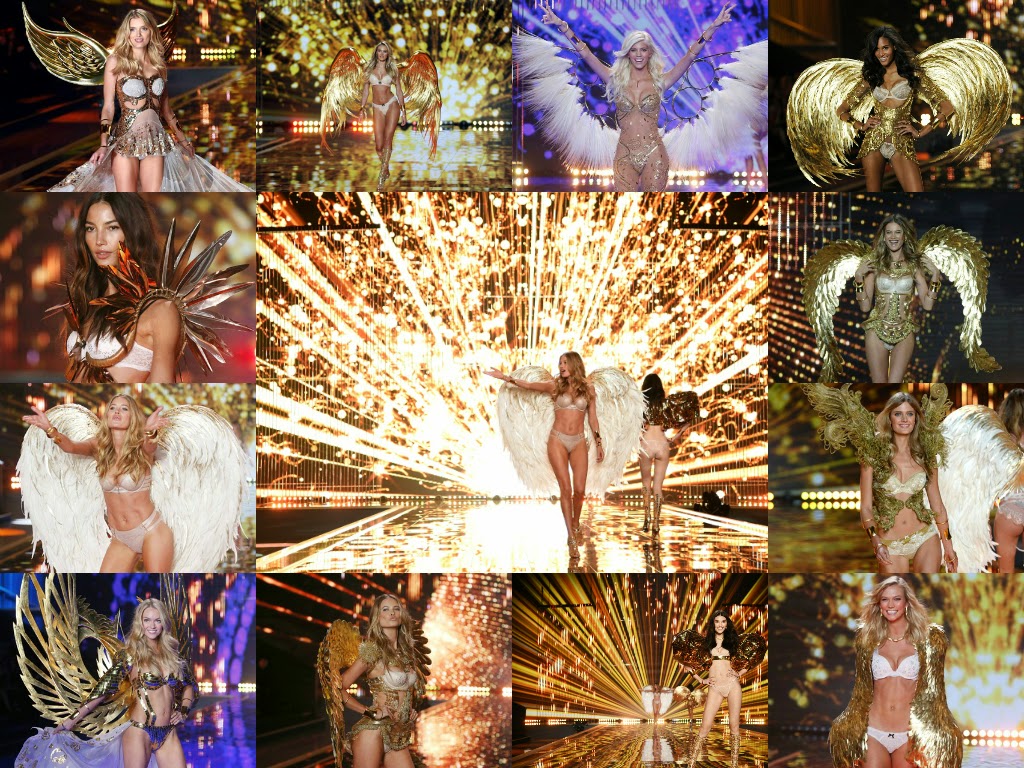 Exotic Traveller with the performance of Ed Sheeran with the romantic song Thinking Out Loud and the 2 Fantasy Bras! Yes 2! A blue one worn by Adriana Lima who is taking a Fantasy Bra for the third time, and a red one by Alessedra Ambrosio who is doing it for the second time. Each is worth $2 million and designed by Mouawad Jewellery, handset with rubies, diamonds and sapphires strung together with 18K gold! 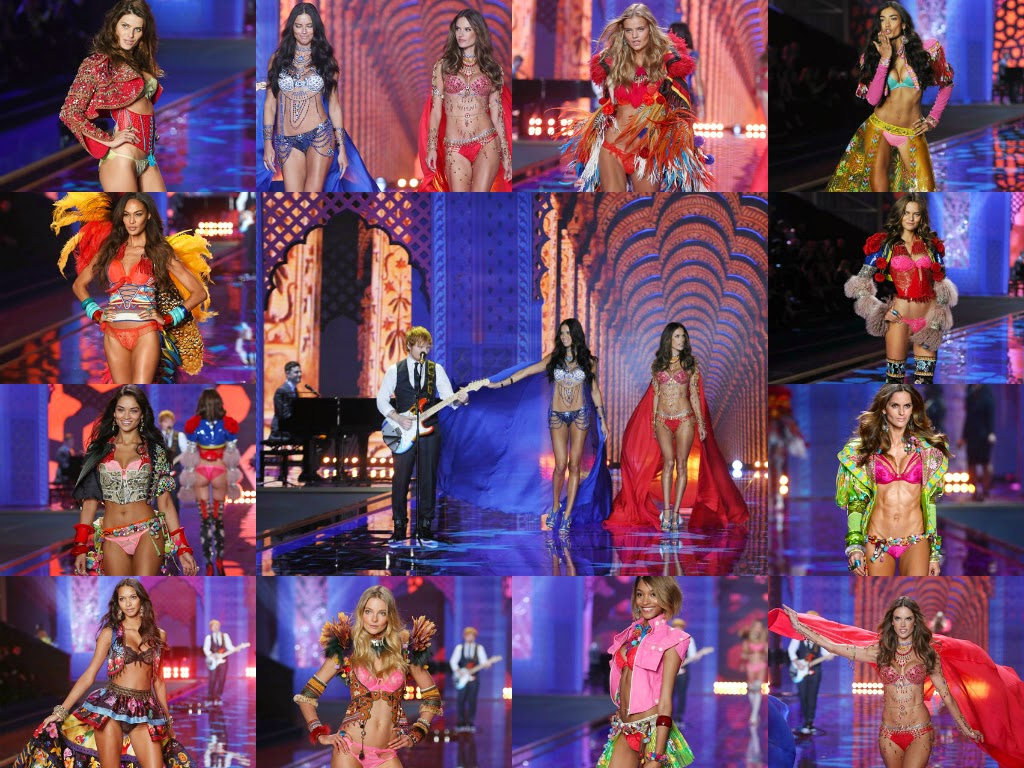 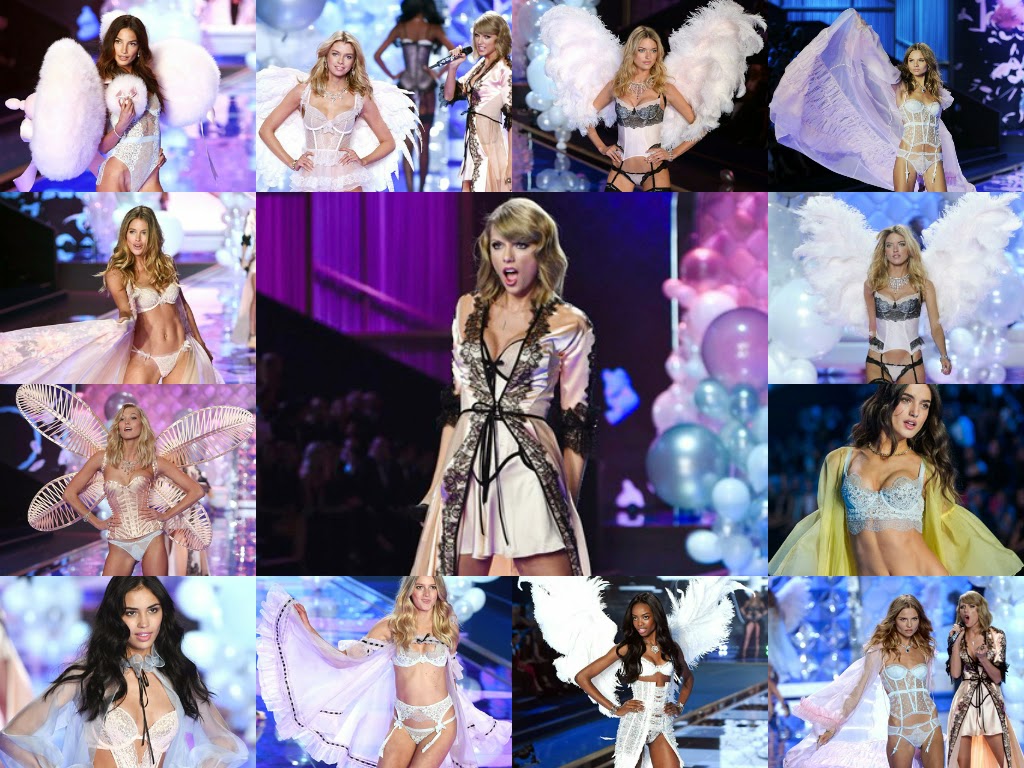 Fairy Tale with Hozier singing Take me to Church. 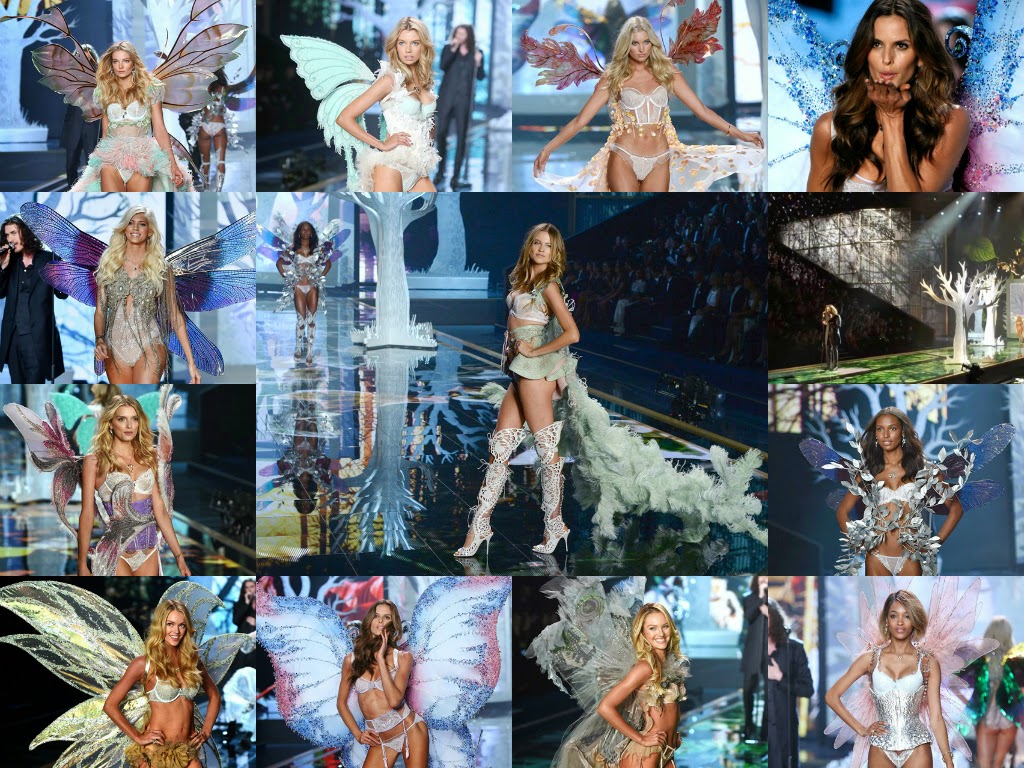 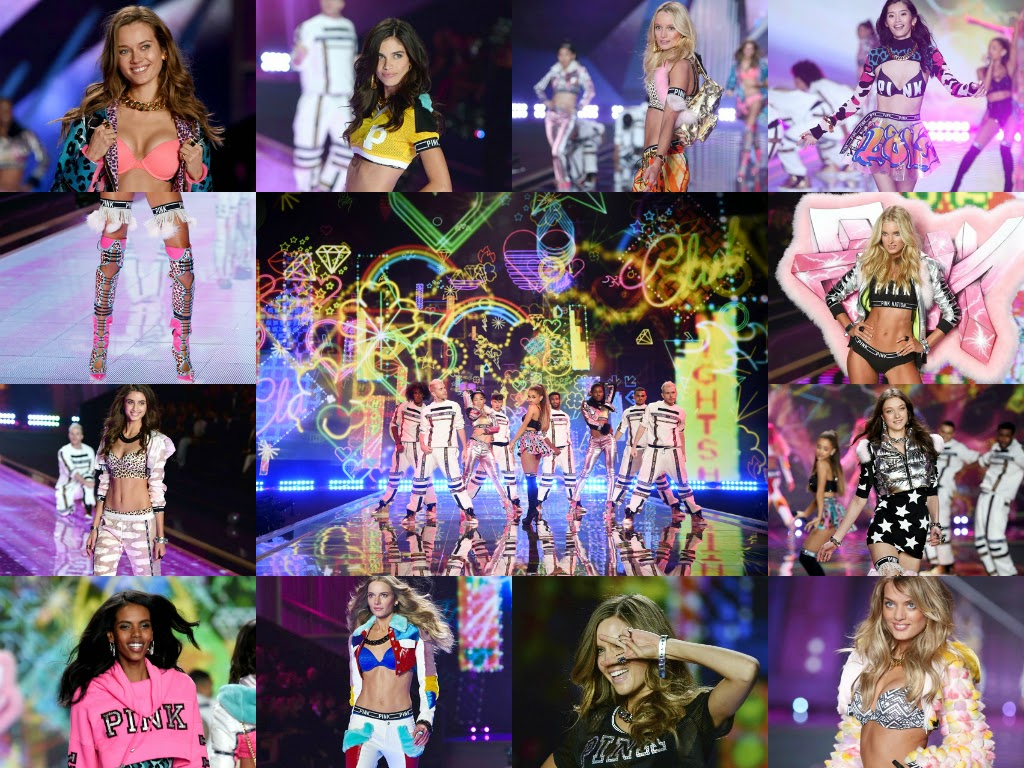 Angels Ball was the last but not the least as it again had Taylor Swift as an entertainer with, one of my favourites, Style. 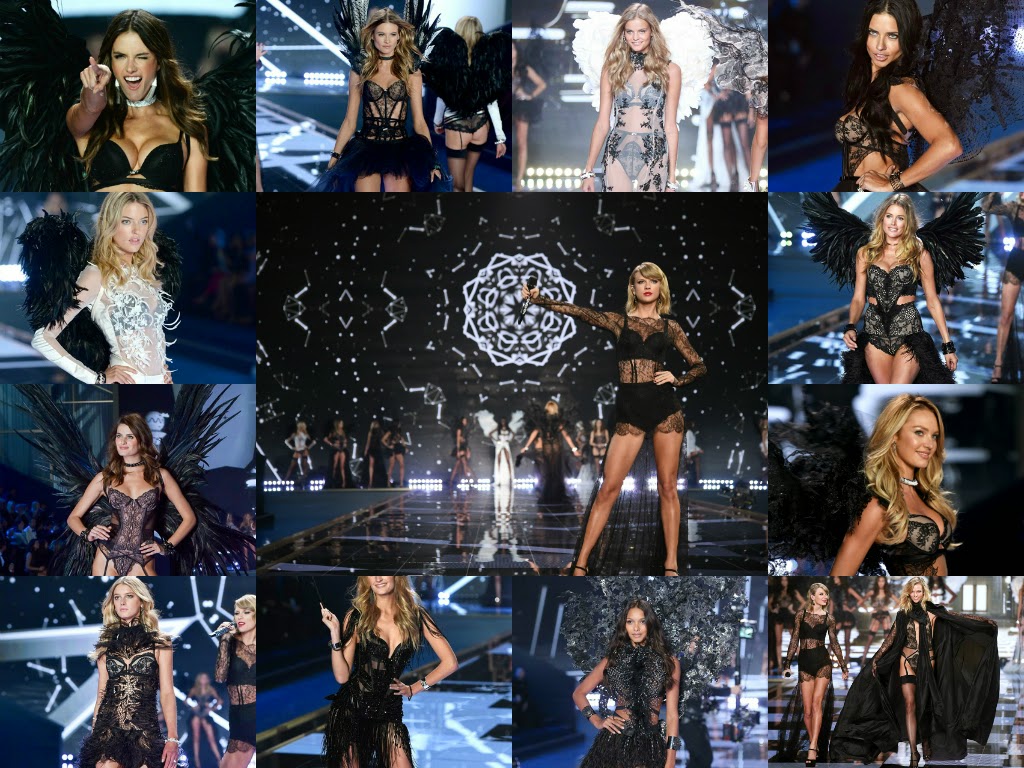 And of course a finale to receive a standing ovation... 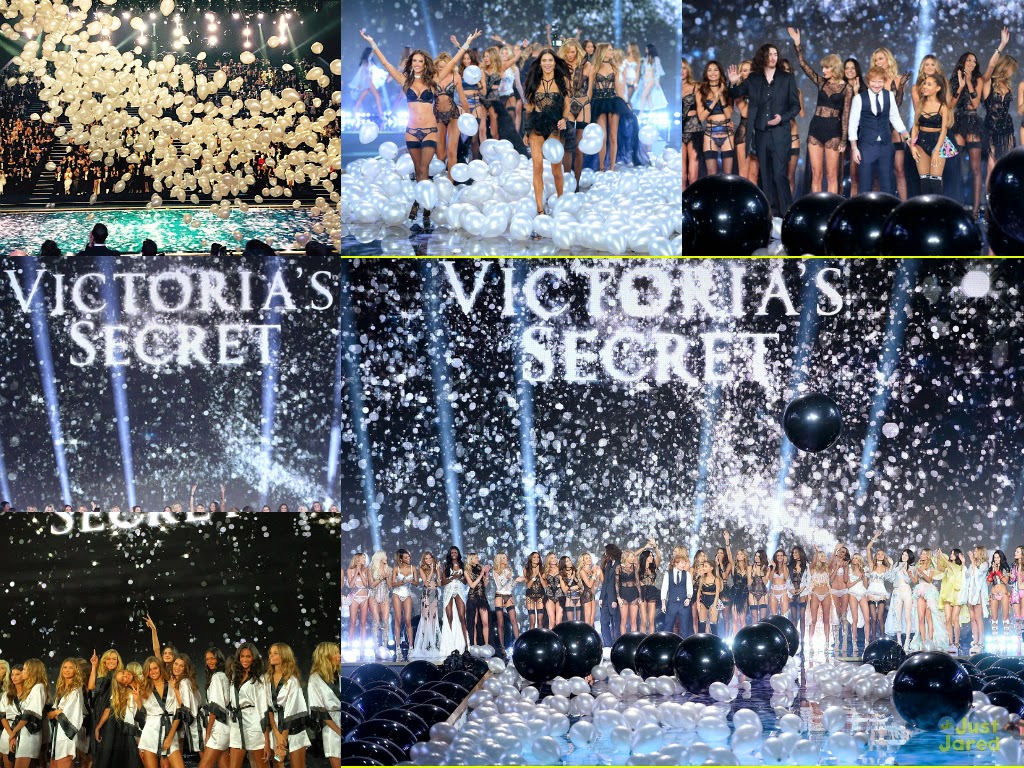 But when the show is over, the real party starts. Who wouldn´t celebrate after such an event!? 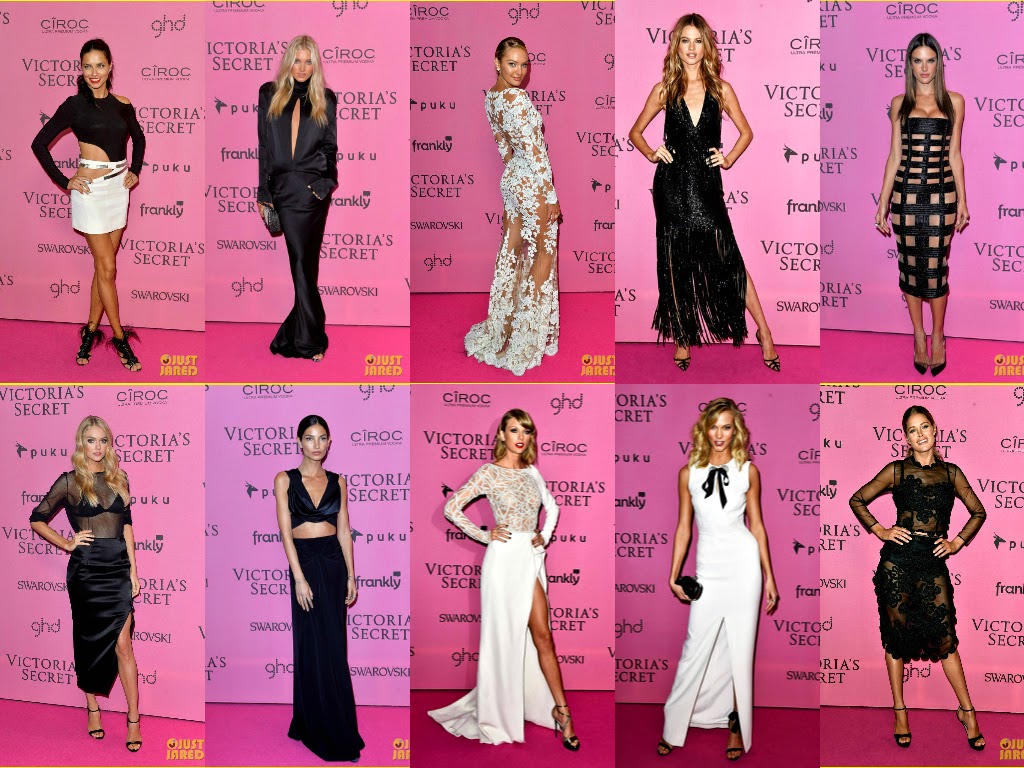 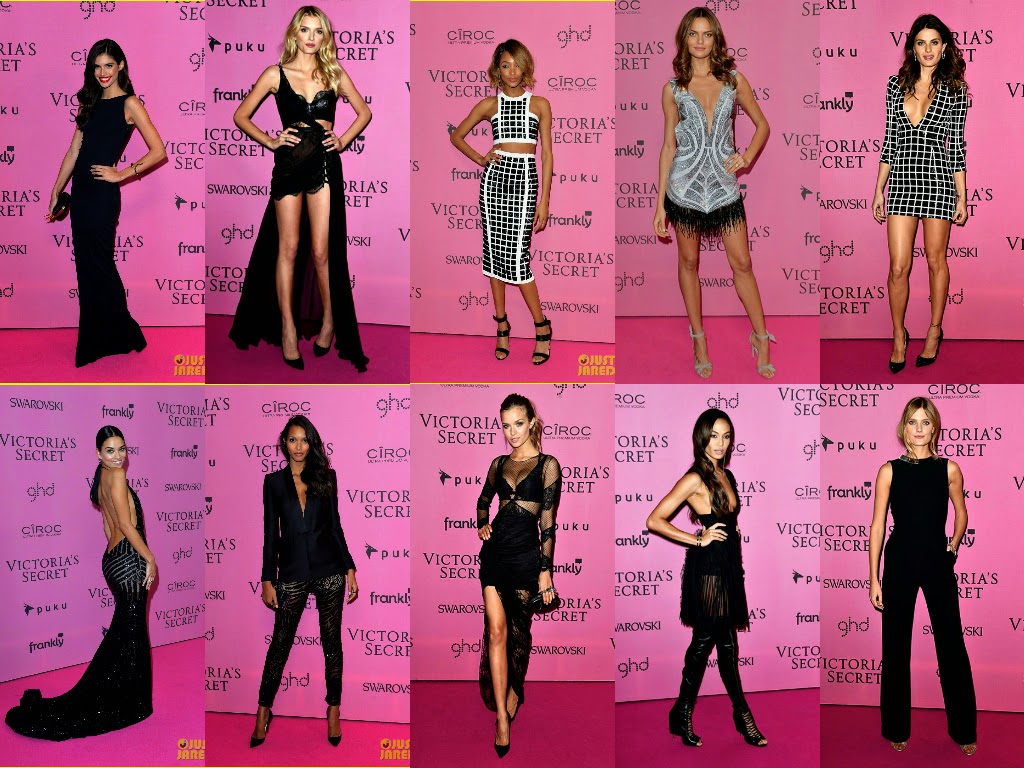 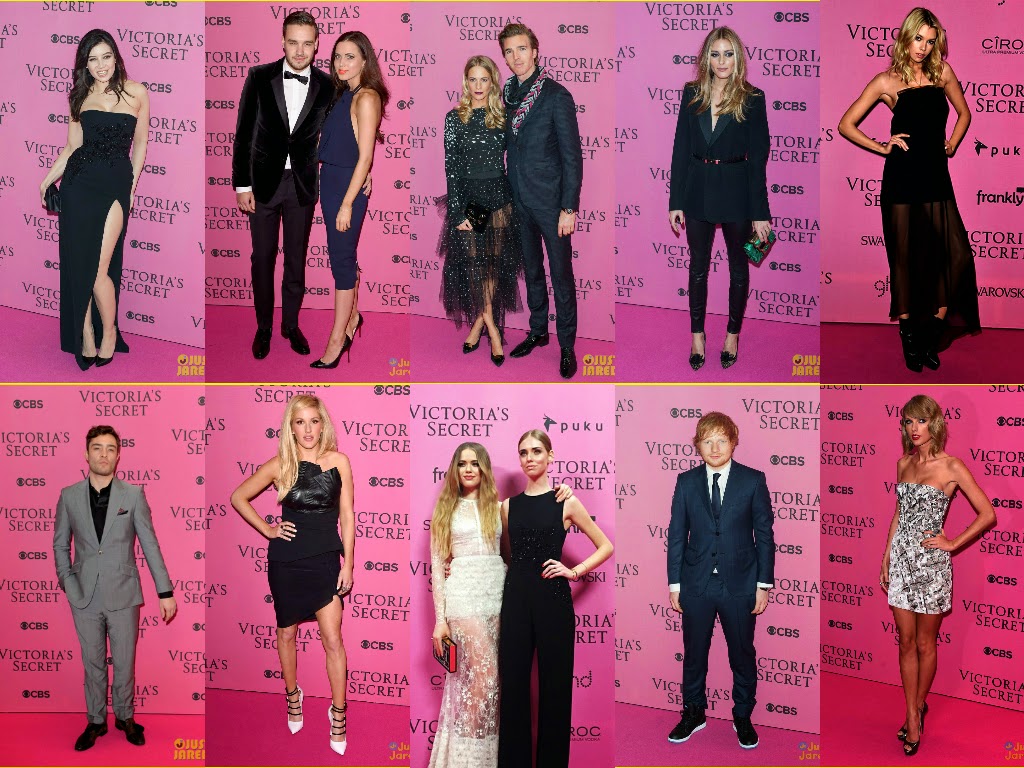 I really can´t wait to see the show, specially Taylor´s performance, but from from the pictures I can tell it was magical!